Kang seizes lead in Ohio with flawless round as LPGA returns 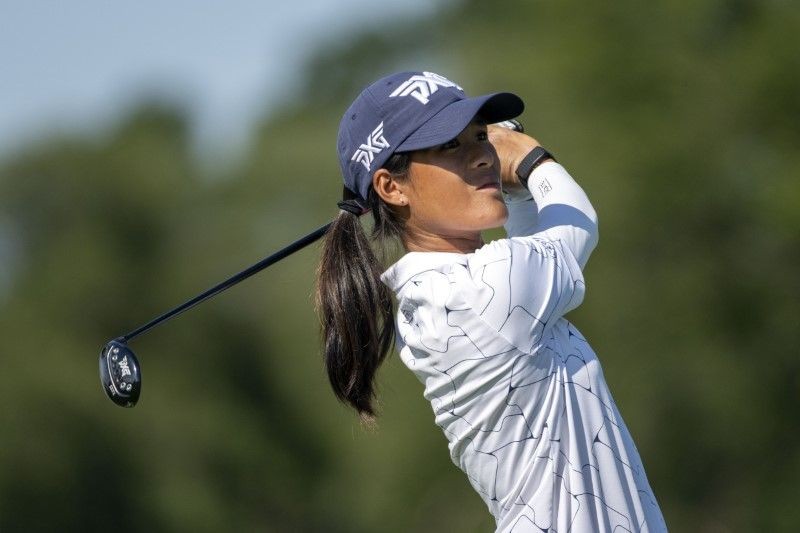 Celine Boutier of France tees off on the 16th hole during the first round of the LPGA Drive Championship golf tournament at Inverness Club. Mandatory Credit: Marc Lebryk-USA TODAY Sports
Sports
1st August 2020

(Reuters): A flawless, six-under-par round propelled Danielle Kang into a first-round lead at the LPGA's inaugural Drive On Championship in Toledo, Ohio, heading into Saturday one stroke ahead of Jodi Ewart Shadoff.

The 54-hole tournament at Inverness Club started on Friday in a fanless setting as the LPGA got back into action after the coronavirus outbreak forced the suspension of play following the Women's Australia Open on Feb. 16.

World number four Kang (66), who won the Women's PGA Championship in 2017, put up six birdies and told reporters she was happy to be back in competition after not working with her caddie for six months.

"I would say I just didn't have any hiccups on any part of the game," said the 27-year-old. "I definitely miss-hit some shots, miss-hit some putts, but I had some great iron shots, great tee shots, and great putts and chips.

"So any time one part of my game kind of gave he me a tough shot, I made it up with a good save."

England's Ewart Shadoff, who has more than 20 top-10 finishes in her career but has never won an LPGA Tour event, hit 15 greens and sunk five birdies for a five-under-par 67.

"I just wanted to come out and find my feet a little bit," Ewart Shadoff told reporters. "I'm playing for the next five weeks, and I'm really happy with my start and where my game is, especially around such a tough track like Inverness."

Elsewhere in the field, South Africa's Lee-Anne Pace and France's Celine Boutier were each two strokes back from the leader headed into Saturday, while world number two Nelly Korda, the highest-ranked golfer in the field, struggled with uneven play to end the round four-over par.

Friday's action marked the LPGA's first tournament in five months, with rigorous health and safety procedures in place, designed to stop the spread of COVID-19. World number 44 Gaby Lopez was forced to withdraw from the event after testing positive for the coronavirus this week.