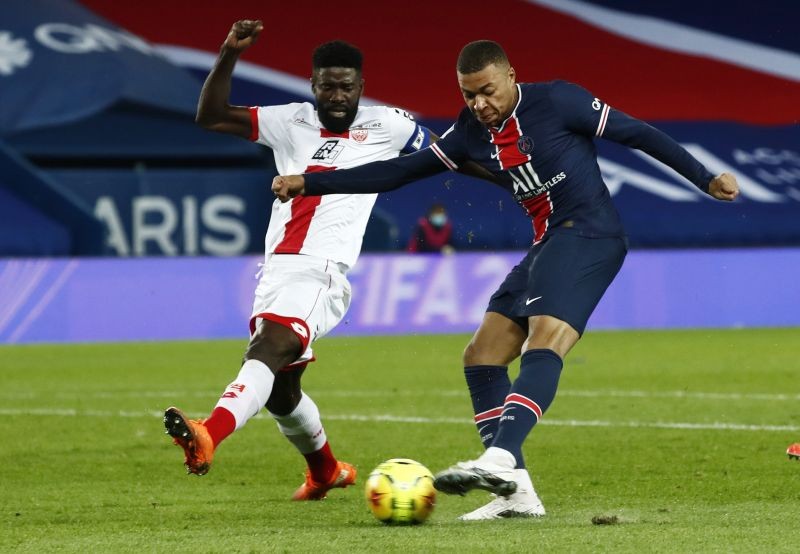 PARIS, October 25 (Reuters): Moise Kean scored his first goals for Paris St Germain as the French champions recovered from their Champions League defeat by Manchester United to move top of the Ligue 1 standings with a 4-0 home victory against lowly Dijon on Saturday.

Italy forward Kean, who joined the capital side on loan from Everton during the close season, found the back of the net in the first half and Kylian Mbappe came off the bench also to score a double to put PSG on 18 points from eight games.

Dijon, who last year won at the Parc des Princes, were never close this time as they stayed bottom of the table on two points.

Lille, who are second on 17 points, will reclaim top spot if they beat Nice away on Sunday.

Olympique de Marseille are fourth on 15 points after Leonardo Balerdi gave them a 1-0 win at Lorient.

Kean scored his first goal for PSG when he flicked the ball home at the near post from Mitchel Bakker's cross in the third minute.

The Italian doubled their tally 20 minutes later as he tapped in after being set up by Neymar at the end of a counter attack.

Mbappe replaced Kean in the 73rd minute and the France striker quickly made his presence felt.

The 21-year-old, set up by Neymar, out-sprinted the Dijon defence before slotting the ball home in the 82nd minute.

Mbappe added a fourth from close range from Pablo Sarabia's pass following some more good work by Neymar, who wore the captain's armband for the first time since joining in 2017 when skipper Marquinhos was substituted in the 73rd minute.