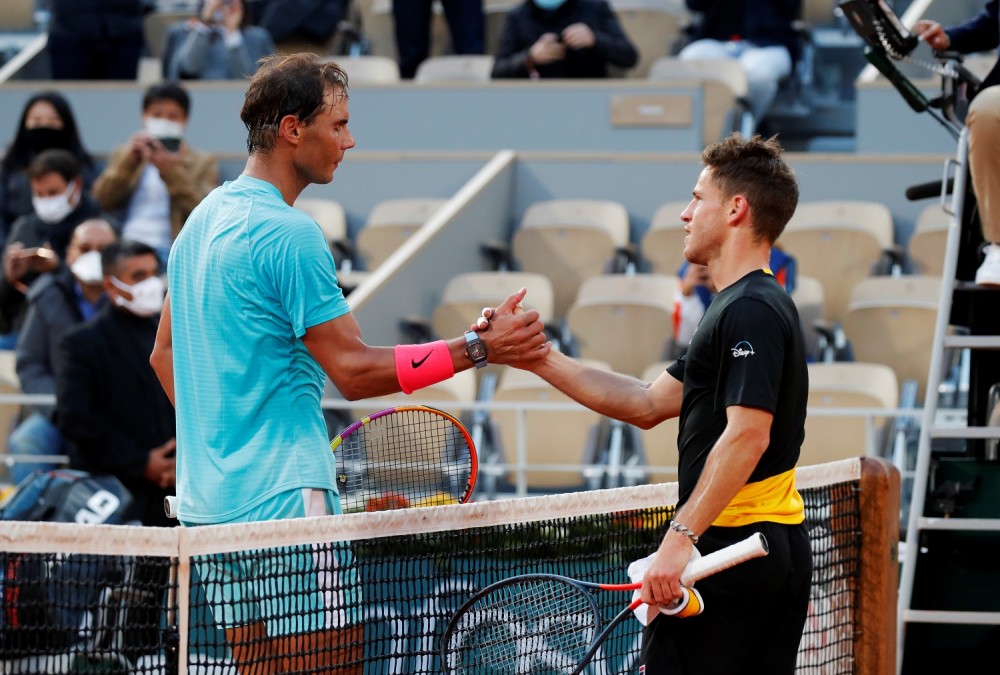 PARIS, October 10 (Reuters): Rafael Nadal moved within one win of a record-equalling 20th Grand Slam title by reaching the French Open final with a comfortable 6-3 6-3 7-6(0) victory over Diego Schwartzman on Friday.

Nadal was beaten by the 12th seed a little over two weeks ago on the claycourts in Rome but the 12-time French Open champion showed he was still the undisputed king of Roland Garros as he notched up a 10th win in 11 meetings over the Argentine.

"Two and a half weeks ago, I lost in Rome," Nadal said in an on-court interview.

"I'm happy the way I played, how I've improved, today was a very positive win for me."

A victory on Sunday for the 34-year-old left-hander, against either world number one Novak Djokovic or fifth-seeded Greek Stefanos Tsitsipas, will tie him with Roger Federer's men's singles record of 20 major titles.

The Spaniard reached his 13th French Open final without dropping a set in this year's edition.

Schwartzman, playing his first Grand Slam semi-final, had two breakpoints in the opening game but Nadal saved both to win the game after battling for 14 minutes.

The Spaniard went on to break the Argentine twice in each of the first two sets.

The duo traded double service breaks in the third set before Nadal aced the tiebreak without losing a point. Schwartzman found the net with a return to hand Nadal victory in three hours and nine minutes.

"It's a very difficult year, thank you everyone for coming," said Nadal, who hit 38 winners during the contest.

"With these conditions it's very difficult, and it's still incredible to be in the final again. Thanks to my team, my family. It's a beautiful moment for me."

Schwartzman had his chances but could convert only three of his 12 breakpoint chances against the Spaniard, who raised his level under pressure.