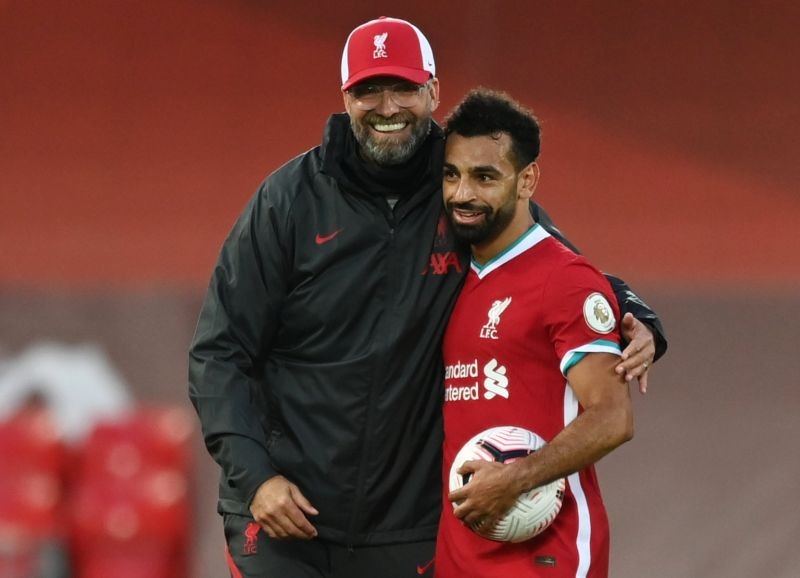 (Reuters): Liverpool manager Juergen Klopp refused to blame Mohamed Salah after the forward contracted COVID-19 having attended his brother's wedding in Egypt, although the German said he would personally avoid social engagements.

Videos emerged of Salah dancing during the ceremony without a face mask or socially distancing, with the 28-year-old later testing positive for the novel coronavirus ahead of Egypt's Africa Cup of Nations clash against Togo last week.

Salah, who is the joint leading scorer in the Premier League this season with eight goals, returned another positive test on Wednesday and is set to miss Sunday's clash against league leaders Leicester City.

"He is flying back today. I've been in close contact with him. When you have a negative test, the process starts. He has had no symptoms. Nothing to say in public about the situation," Klopp told reporters.

"I was in Germany in the summer and a friend moved a birthday party for me and I decided not to go. It was allowed. In other countries there's more social pressure and a brother's wedding is a special moment. My players are incredibly disciplined."

Champions Liverpool are faced with a mounting injury crisis ahead of the clash against league leaders Leicester. Defenders Virgil van Dijk and Joe Gomez are set to miss the rest of the season after undergoing knee surgery.

Trent Alexander-Arnold, who was injured in the 1-1 Premier League draw with Manchester City earlier this month, and captain Jordan Henderson, who injured his leg on international duty with England, are also sidelined for Sunday's match but Klopp has warned his players not to wallow in self-pity.

"There's no season when you don't have injury problems. It is always the same, it's slightly different in that a lot of players in the same position have got injured and seriously injured, which makes it tricky," he said.

"Nobody here feels sorry for ourselves, it's just the situation. At the moment it hits you but the next moment you are in the solution process."

Klopp confirmed that Brazilian midfielder Fabinho and Spaniard Thiago Alcantara are close to full fitness after overcoming a hamstring and knee injuries respectively.