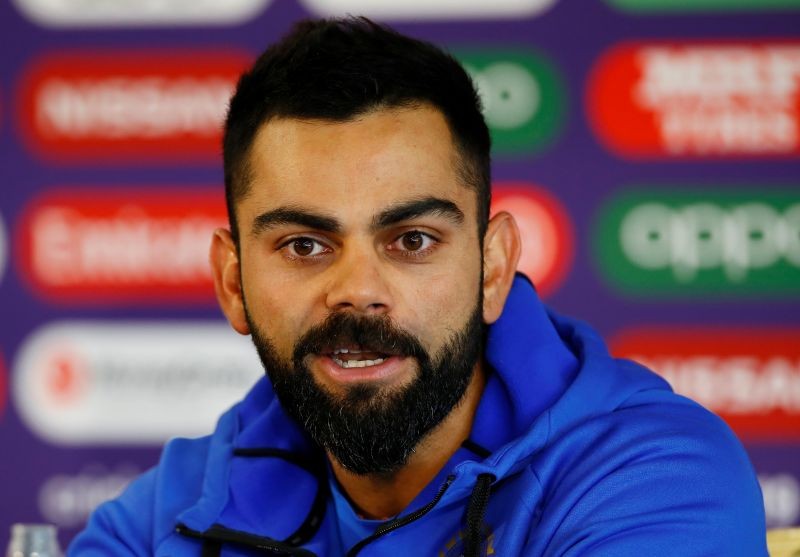 Kohli had dubbed him 'superman' after de Villiers smashed 73 not out from 33 balls to set up the side's 82-run romp against Kolkata Knight Riders in an earlier match.

On Saturday the right-handed batsman, who retired from international cricket in 2018, hit an unbeaten 55 off just 22 balls to help his side chase down a 178-run target for a seven-wicket win against Steve Smith-led Rajasthan.

"AB always bats by situation," Royal Challengers Bangalore captain Kohli said during the presentation. "AB is always someone who's ready to look at the team situation and adapt his game accordingly. We've seen him do this time and again.

"In my eyes he's the most impactful match-winner in the IPL. To be able to chase 50-plus in four overs and to finish off the way he did ... it's purely because of the presence of that man in the middle we feel like we are never out of the game."

Few would have put their money on a Bangalore victory when they needed 53 off the last 20 balls but de Villiers smashed Jaydev Unadkat for three consecutive sixes at the start of the 19th over to bring the equation in their grasp.

"I'm very, very nervous and erratic (in chases) and all sorts of funny stuff (in my head). I try to hide it," de Villiers, 36, said with a laugh. "I get very stressed like any player does before playing.

"I'm proud of my performances, I want to perform for the team and have any impact in us winning games. I want to show the owners I'm here for a good reason.

"I try and impose myself out there and show that I'm present, show them I'm going to stick to my game plans and if you don't get me out then I'm going to be a threat."