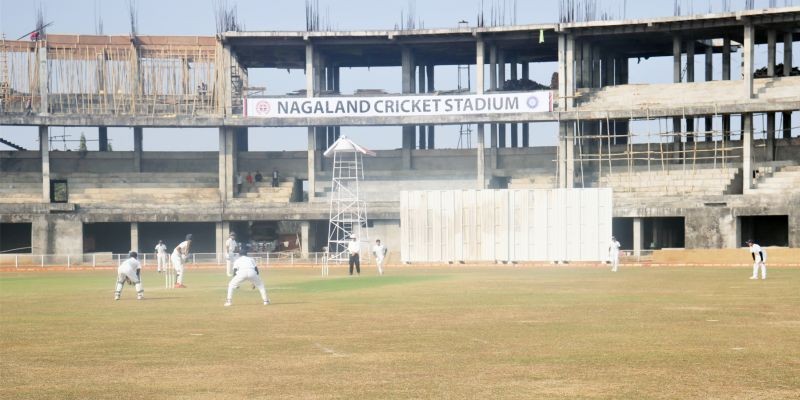 A match in action on the first day of the Late G Rio Memorial U-19 (Boys) inter district tournament on January 18.
Sports
18th January 2021

Wins for Dimapur and Kohima teams

In the first match of the day, Dimapur beat Mokokchung by 107 runs.

Mokokchung won the toss and elected to field first. Dimapur managed to score 186 runs for the loss of 7 wickets in 25 overs. In response Mokokchung could only muster 79 runs before being bowled out in 19.2 overs.

In the second match, Kohima defeated Tuensang by 22 runs.

Winning the toss, Kohima decided to bat first and set a target of 140 runs in 22.1 overs. Tuensang fell short of their target as they were bowled out for 117 runs in 19.5 overs.

The Nagaland Cricket Association (NCA) in a press release meanwhile informed that it has tied up with CricHeroes, an Ahmedabad based company, as the official online scoring partner for all the tournaments organised association.

Livescore updates of the ongoing tournament will be available in their official website- cricheroes.in or in the crickheroes app.