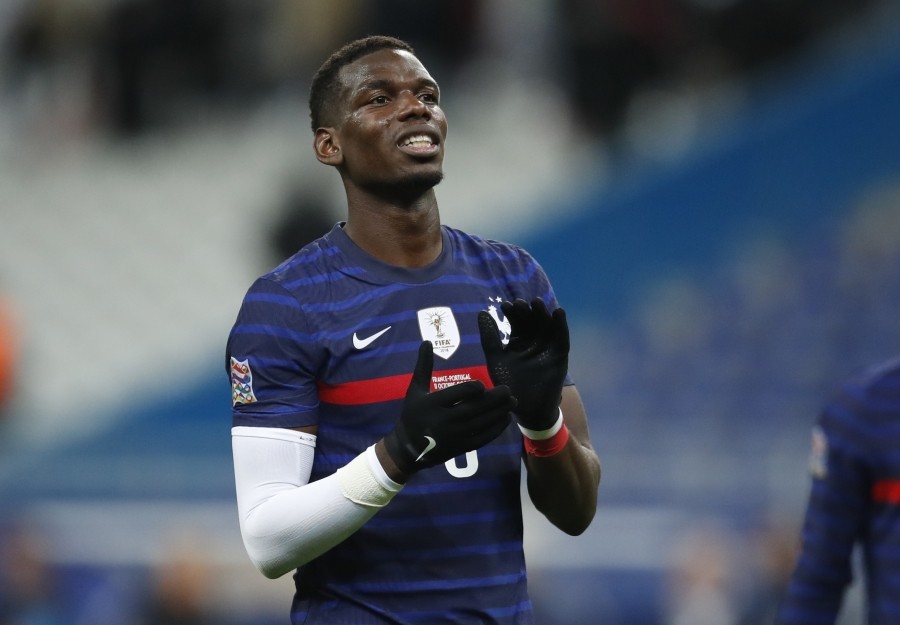 The 27-year-old returned to United from Juventus in a then world-record deal worth 89 million pounds ($114.93 million) in 2016 but Pogba has suffered with inconsistent form and injuries at Old Trafford amidst constant speculation over his future.

The reports said United's decision to extend his contract was taken before Pogba said on international duty with France that he would love to play for Real Madrid one day.

United manager Ole Gunnar Solskjaer brushed off those comments from the Frenchman, who would have been out of contract next June, during his news conference on the eve of Saturday's Premier League clash at Newcastle United.

"Paul's our player, he's going to be here for another two years and sure he's focused on doing his best for us and we want to see the best for Paul," Solskjaer said. "In the next couple of years I'm sure we'll get the best out of him."

Meanwhile, United skipper Harry Maguire is keen to play on and overcome his poor recent displays for club and country but could miss the Newcastle game with a knock, Solskjaer added.

Maguire endured a torrid time in United's 6-1 thrashing by Tottenham Hotspur before the international break and sustained an injury before being sent off in England's 1-0 Nations League defeat by Denmark on Wednesday.

But Solskjaer backed the 27-year-old, who also featured in England's 2-1 win over Belgium, to give his critics a fitting response if he is fit enough to play this weekend.

"When Harry is part of the England team that beats number one-ranked Belgium it's a normal day. Then you get the headlines when you get a sending off, that's football. You have to deal with it," Solskjaer told reporters.

"Harry has got great resilience. He knows he will bounce back. He wants to play and work his way out of the last couple of games he's been criticised for.

"But he picked up a knock just before he came off the other night so we'll have a look at him today."

United's defeat by Spurs left them in 16th place with three points from as many matches and Solskjaer said his players were ready to turn their fortunes around.

"We know we've started the season badly and that game ended really badly... we know we have to perform better but we've now had two weeks to think about it, work on it," Solskjaer said.