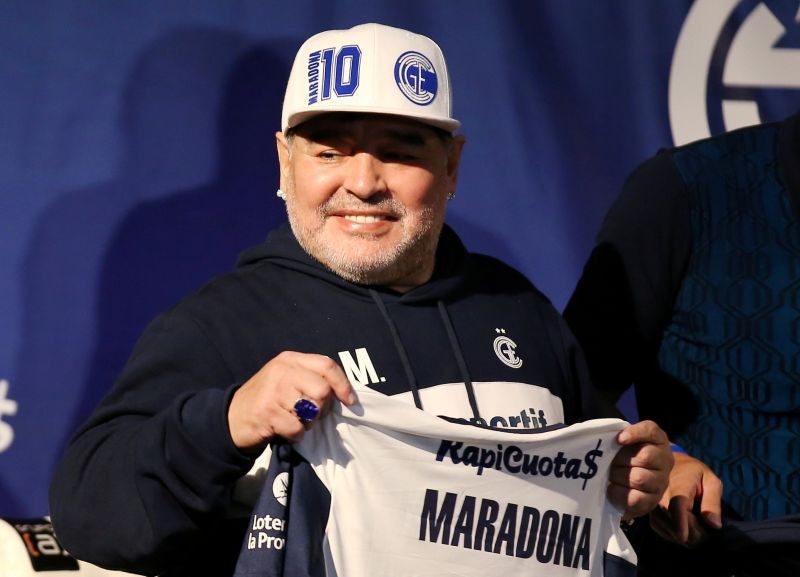 BUENOS AIRES, 6 (Reuters): Argentine soccer great Diego Maradona is to be kept in hospital for several more days after suffering from "confusion" caused by an unexplained "abstinence" that followed his brain surgery this week, his doctor said on Thursday.

"We all know Diego," physician Leopoldo Luque told reporters outside the clinic where three days ago Maradona had an operation on a subdural haematoma, a blood clot on the brain.

"In the post-operatory phase there were some episodes of confusion that we associate with abstinence."

Abstinence to what Luque did not say but Maradona, the former Barcelona, Napoli and Boca Juniors player, has previously battled addiction to drink and drugs.

His comments came hours after he told reporters that Maradona, the 60-year-old coach of Gimnasia y Esgrima, felt well enough to tell doctors he should be discharged.

Maradona, who won the World Cup with Argentina in 1986 and is considered one of the greatest players of all time, has spent frequent periods in hospital over the years, often due to his extravagant lifestyle.

He almost died of cocaine-induced heart failure in 2000 and underwent years of rehabilitation, much of it in Cuba, where he befriended former President Fidel Castro.

Maradona had a 2005 gastric bypass operation to lose weight and was hospitalized two years later for life-threatening alcohol-induced hepatitis.

He also fell ill at the 2018 World Cup in Russia, where he was filmed passing out in an executive box at the Argentina-Nigeria game.