Maradona to be discharged within days, says doctor 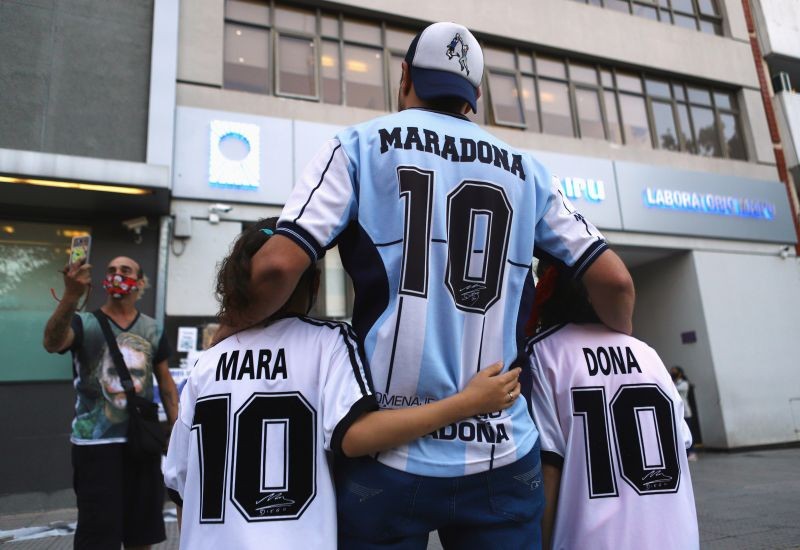 FILE PHOTO: Fans of Argentine soccer great Diego Maradona, Walter Rotundo and his twin daughters Mara and Dona, who are named after Maradona, pose for a photograph outside the clinic where Maradona underwent brain surgery, in Olivos, on the outskirts of Buenos Aires, Argentina November 5, 2020. REUTERS/Matias Baglietto
Sports
10th November 2020

BUENOS AIRES, November 10 (Reuters): Argentine soccer star Diego Maradona is recovering well from a brain operation and post-surgery complications and should be discharged over the next couple of days, his personal physician said on Monday.

"Diego wants to go home and we are evaluating his discharge," Leopoldo Luque told reporters outside the hospital where the 60-year old Maradona was operated on last week for a subdural haematoma, a blood clot on the brain.

"We'll talk about where he goes later but for now we know that Diego is doing very well."

The former Barcelona, Napoli and Boca Juniors player was kept in over the weekend suffering from withdrawal symptoms caused by alcohol dependency but Luque said he would likely be discharged either "tomorrow or the next day."

The hospital stay was the latest in a string of health scares for the current coach of first division club Gimnasia y Esgrima.

Maradona, who won the World Cup with Argentina in 1986 and is considered one of the greatest players of all time, has suffered frequent periods in hospital over the years, often due to his extravagant lifestyle.