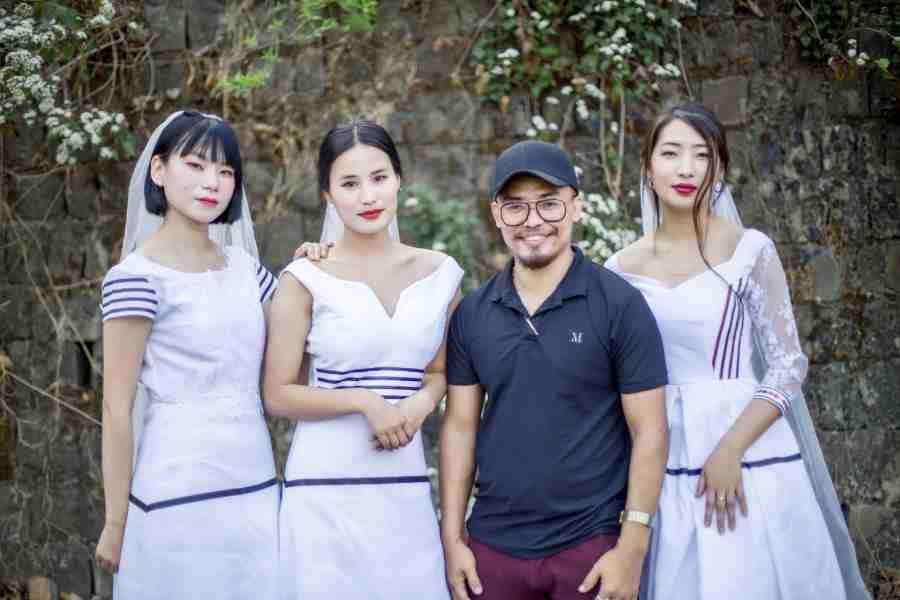 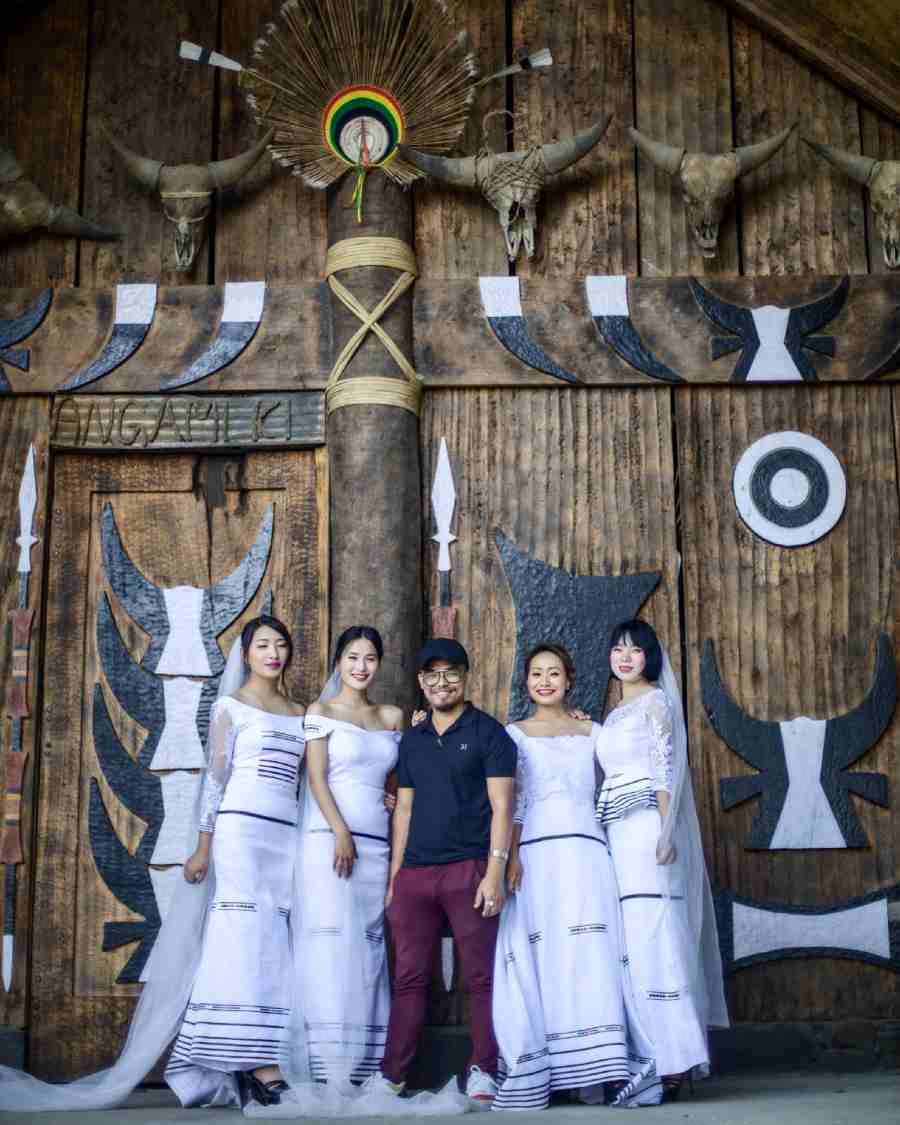 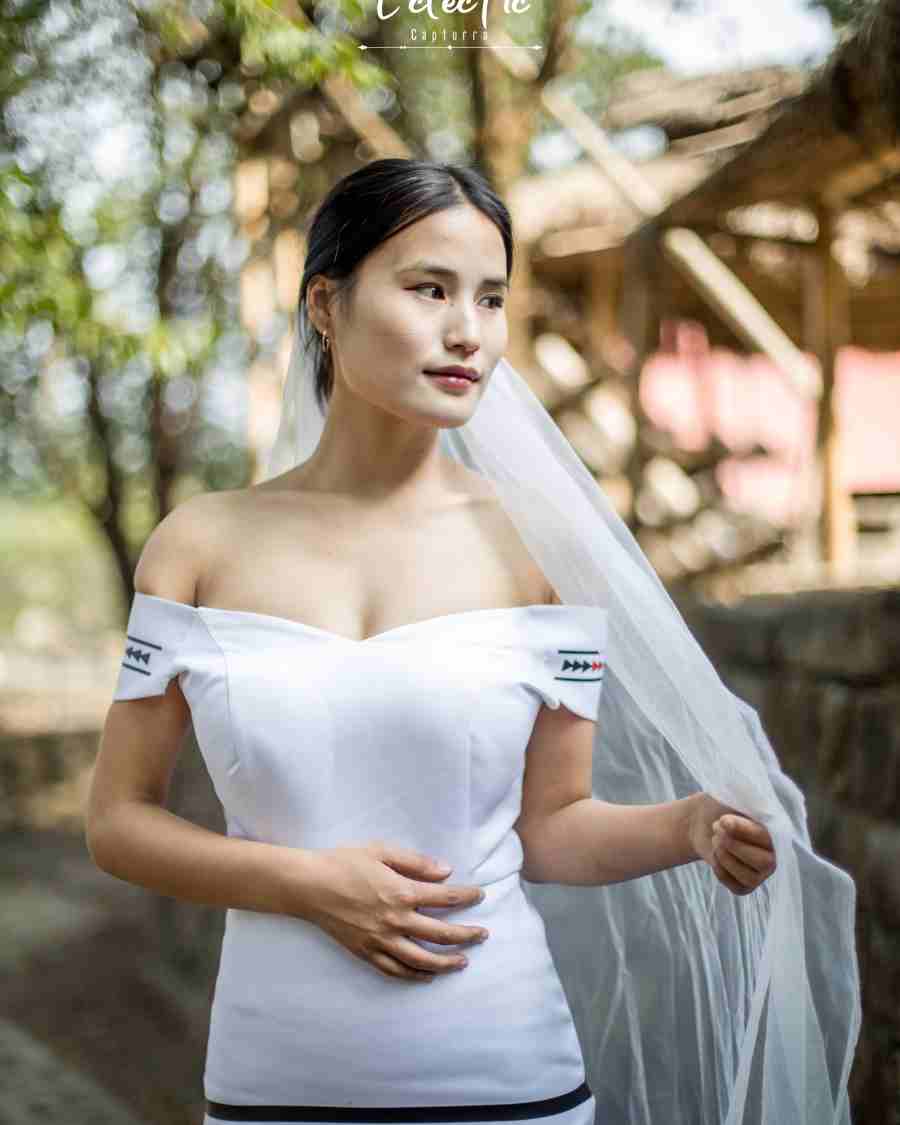 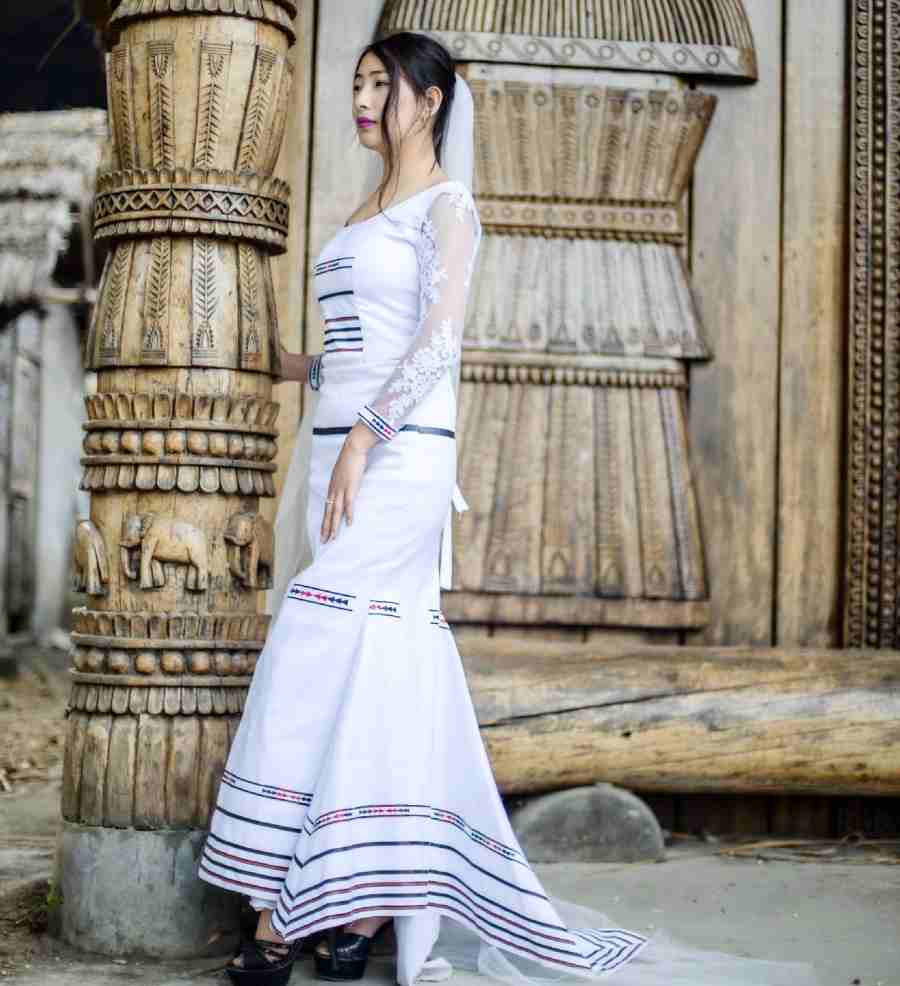 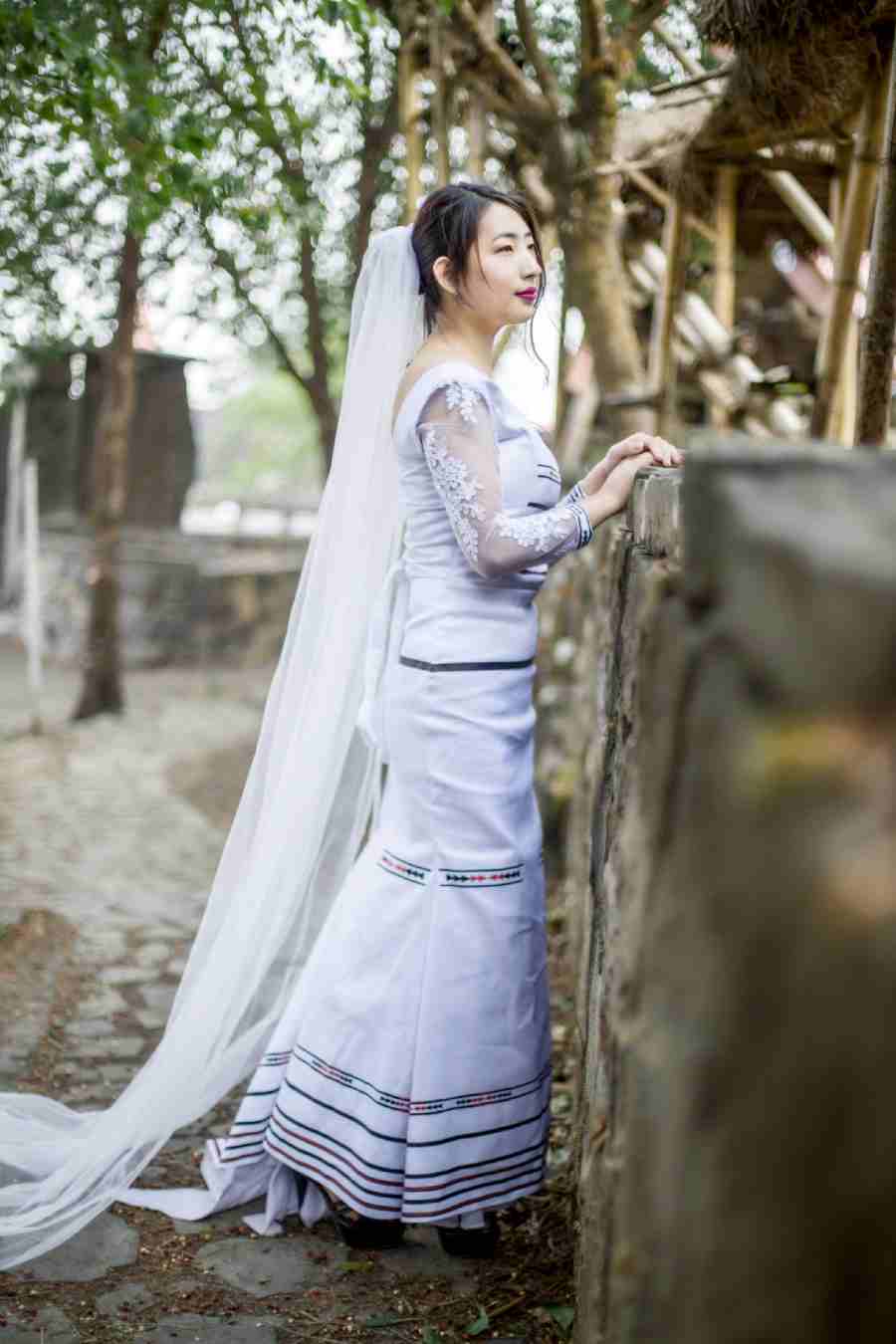 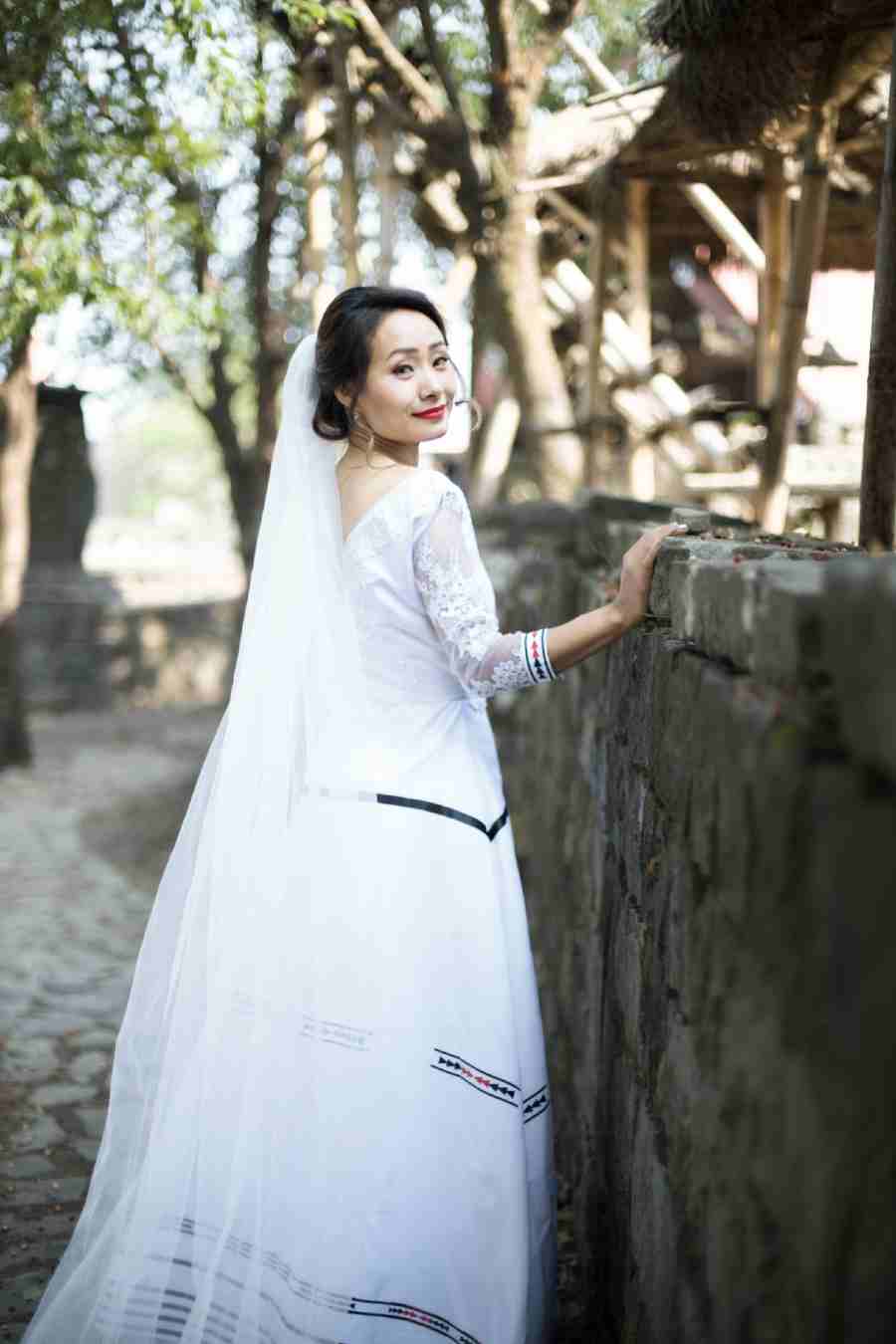 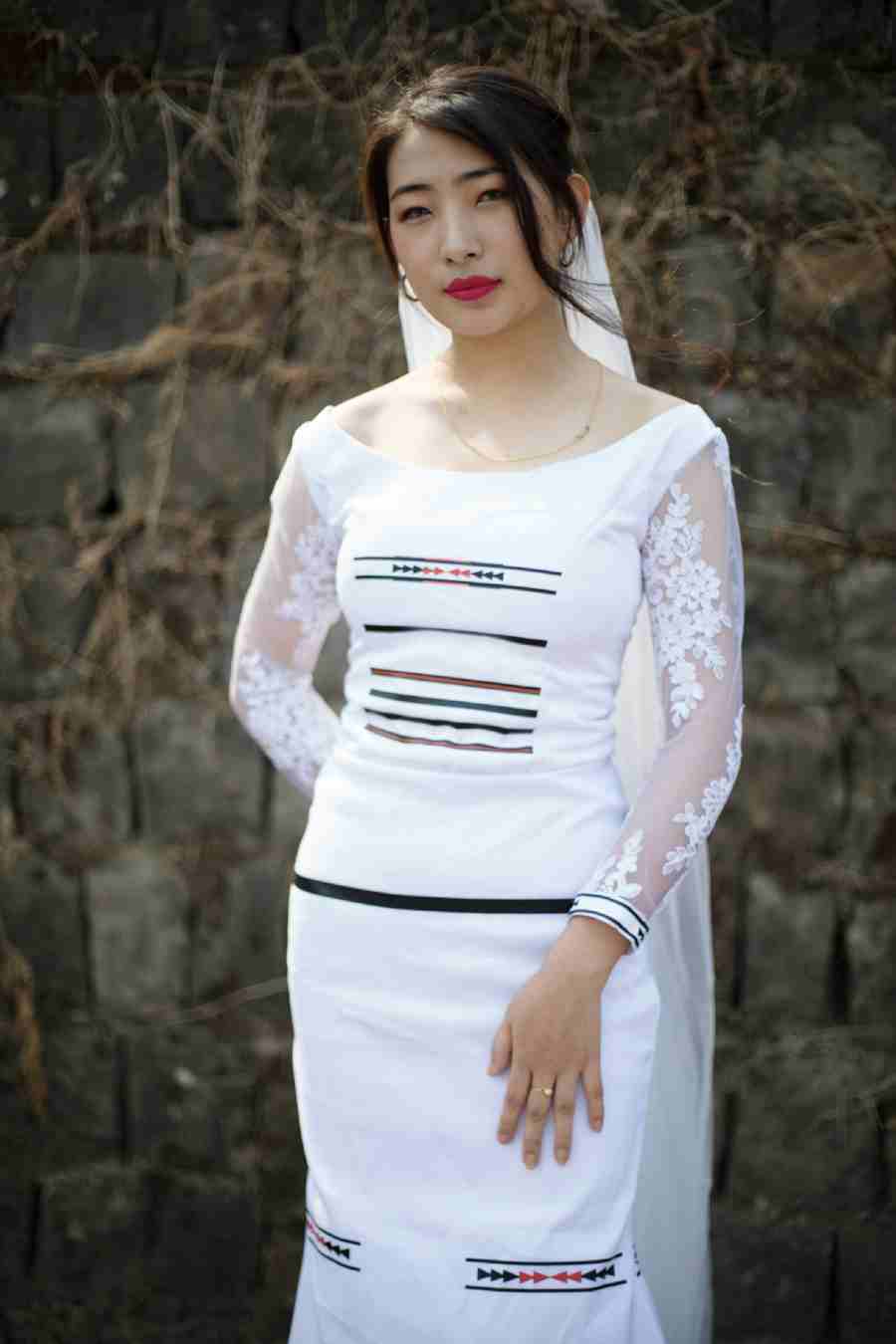 There, he showcased his latest collection on modern traditional wedding gowns with the theme “Elegant” as pleasing graceful exquisite and choice dainty.

“Through this collection I want to express that it is our traditional dress that stand out the most graceful and says a lot about our roots history and culture and occasions like weddings and other cultural functions will add colour and gayety to the occasion,” Movi said.

Movi, who hails from Zhavame village of Phek district believed in the saying that “The future belongs to those who prepare for it today.”

“Ever since childhood I have keen interest in colours and creating something different from the rest and this slowly inspire me to become a successful designer during my early schooling days,” he said.

He pursed fashion designing from Government Polytechnic Kohima “during which with God’s grace have been able to won the ‘Best Creativity’ award title at the Graduation Show” in 2012.

He also showcased different collections at various shows hosted in Nagaland as well.

“I firmly believe that Nagaland is better than most states in India when it comes to fashion,” he said.

He established fashion designing institute (Cutting & Tailoring) at Dimapur in 2015 to impart the youths the art of creativity.

Since then with some staffs, “we have train over 70 students in various fields of tailoring and designing courses,” he said.

The government, I feel can do so much for the local community to fashion designers by providing them opportunity  to do for school/college uniforms, Movi stated.