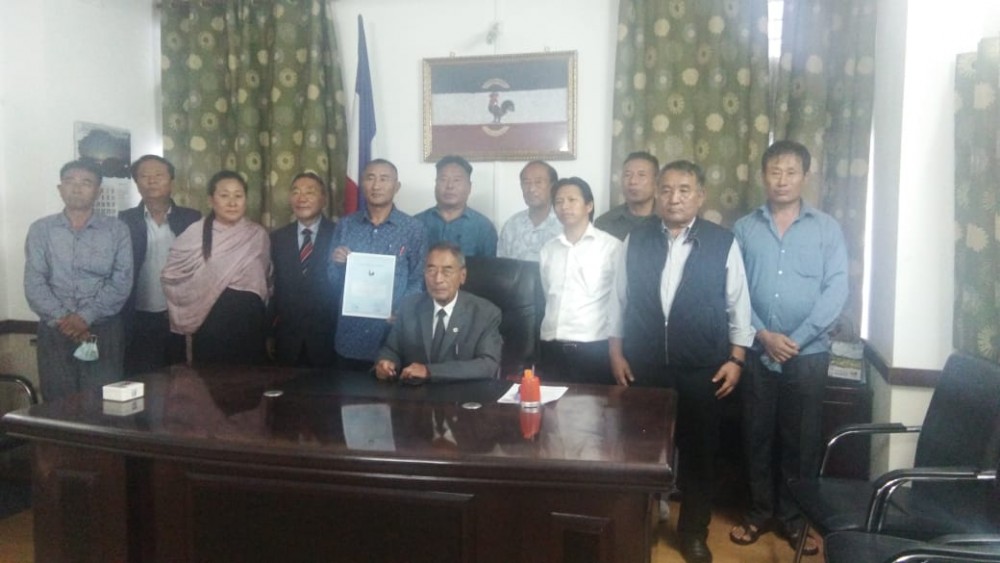 NPF’s candidate for bye-election to the 14 Southern Angami -1 AC, Kikovi Kirha with Party President Dr Shürhozelie Liezietsu and others during the handing over of the ticket at the NPF Central Office, Kohima on October 15.

The NPF party has unreservedly awarded the party ticket to Kirha, an ardent party worker, to contest in the bye-election, a press release from NPF Press Bureau informed.

The ticket was handed over to the candidate by the NPF President, Dr Shürhozelie Liezietsu in the presence of other party dignitaries and MLAs at Party Central Office, it said.

“Kirha is a longstanding party member and his currently serving as Secretary, Central Office Bearers, NPF. The party wishes him the best in the upcoming election,” it added.