Nagaland: One killed in mudslide in Zunheboto dist 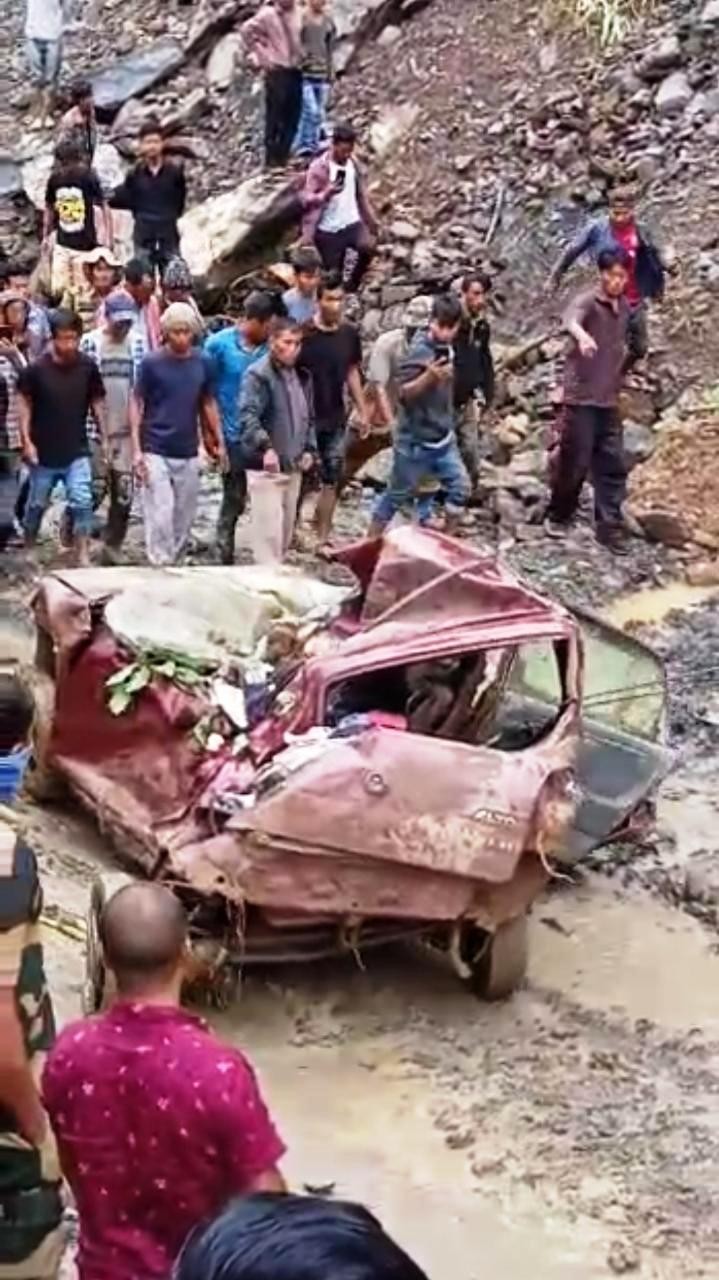 Avalanche of rock-mud hits car killing one occupant, wounding another

One person was killed and another seriously wounded after getting marooned in an unstable segment of NH 702B in Zunheboto on July 8.

The deceased— Phuhoi Sumi of Thakiye village, was a retired teacher of Zunheboto town and the wounded, his son.

The incident occurred some 40 km from Zunheboto town between Xuivi and Kilomi villages in a known landslide prone area, further worsened by a road development venture, which continues to remain in a perpetual state of neglect.

Since it was late night, they reportedly decided to spend the night in the car and seek help in the morning.

Citing the account of truckers, who were also stranded on the same patch of road, the SP said that the unstable cliff over the road, where the car was caught immobile, caved in around 1:00-1:30 am. It released an avalanche of boulders and mud hitting the stationary car with the two occupants.

The father was suspected to have died on the spot, while the son was gravely injured.

The lifeless body could be extricated from the mangled car only after heavy machinery arrived in the morning. The son was said to have been rushed to the nearest medical facility. The extent of his injury could not be ascertained till the time of filing this report.

The SP added that Zunheboto district has been receiving bouts of heavy rainfall the past few days rendering a 25-30 km stretch of NH 702B between Satakha and Kilomi particularly vulnerable. While not an official advisory, he said that small vehicles should, as much as possible, refrain from using the aforementioned road segment till the road condition becomes stable.