No breakthrough in talks, next round on Dec 5 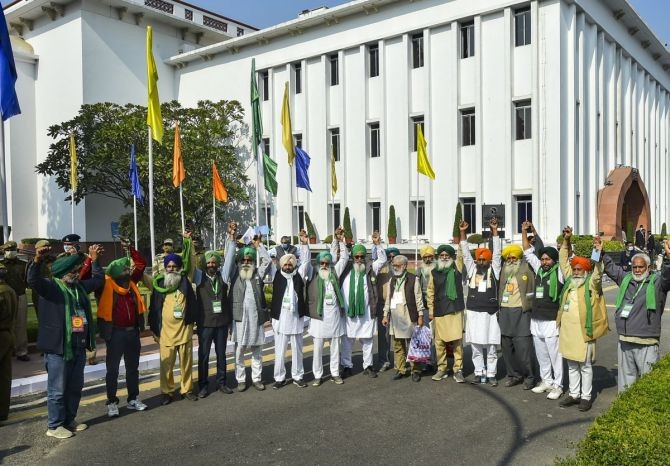 New Delhi, December 3 (IANS): The over seven-hour long talks between the representatives of the farmers' bodies and the Union government ended without any breakthrough on Thursday and the next round of talks has been scheduled for December 5. As per sources, the farmers have given their suggestions to the government in writing.

Earlier in the day, a group of more than 34 farmer leaders put out a five-point set of demands that seeks to frame a specific law on minimum support price (MSP) and end the punishment provision for stubble burning, during the fourth round of talks with the Central government on Thursday.

In the written five-point set of demands, one of the key demands is repealing the three contentious farm laws passed in September during the Monsoon Session of the Parliament. It also raised objections about the upcoming Electricity (Amendment) Act, 2020.

The farmers emphasised that the provision to register a case for stubble burning should be ended, and asked why the government wasn't ready to give them "written assurance" on MSP despite its earlier statements that MSP will continue.

The farmers' union representatives emphasised that a new law on MSP be framed in a special session of Parliament, demanding that it must guarantee them MSP, not just now, but in the future as well.

The farmer leaders said: "Let us assume that MSP will continue but the procurement would stop. The MSP will have no meaning then."

The farmers' union representatives said that the government said the three farm laws were brought in keeping the interests of the farmers in mind. However, they had never kept these in mind. The farmers feel the farm laws have been passed to benefit big businesses and corporate houses.