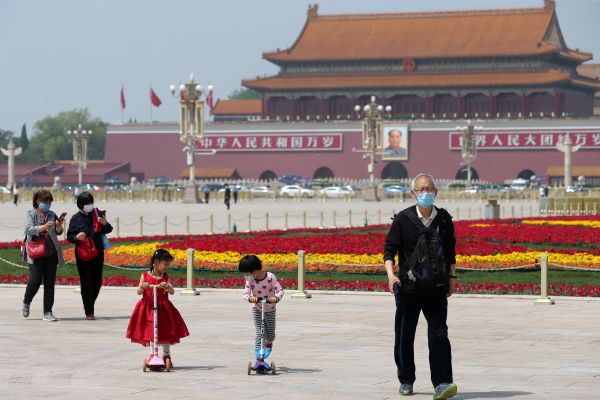 BEIJING, April 29 (Reuters): A populous region in northern China that includes Beijing will ease restrictions imposed to halt the spread of the new coronavirus, as the country gradually transitions to a new state of normal amid dwindling cases of COVID-19.

The municipalities of Beijing and Tianjin, as well as neighbouring Hebei province, will lower their COVID-19 emergency response level to level II from level I starting at midnight on Thursday, their respective governments said on Wednesday.

Beijing, Tianjin and Hebei are among the last few areas in China that have stuck to the highest level of emergency response on the four-tier system. Many other provinces have eased curbs to restart and repair local economies, with the national daily tally for new infections in the single-digits compared with thousands of cases every day in early February.

With the downgrade, Beijing will remove 14-day quarantine requirements for people arriving from low-risk parts of the country. People in quarantine at home or at a centralised venue will also be released from their obligation to isolate themselves, Beijing's vice secretary-general Chen Bei told a news conference.

The Chinese capital will additionally not require residents returning from those areas to be quarantined on their return.

The decision by Beijing to lower its emergency response measures came on the same day that China said parliament would begin its key annual meeting in the capital on May 22.

Beijing has reported 13 cases so far in April, with the last infections confirmed 14 days ago.

The emergency response downgrade will mean people in Beijing will not be required to wear masks outdoors.

However, the lifting of quarantine rules in the Chinese capital does not apply to overseas arrivals and people travelling from central Hubei province and other high-risk places.

The Beijing easing came days ahead of a five-day Labour Day holiday starting on May 1, potentially a boon for the travel, catering and hospitality sectors in other parts of China.

In the first half-hour after Beijing said it was loosening curbs, bookings of tickets on flights departing from the city surged by more than 15 times, with people planning trips to cities including Chengdu, Chongqing, Shanghai and Hangzhou, state media reported, citing Chinese online travel agency Qunar.com.

But most China's tourists were expected to stick close to home and take advantage of discounts as they take time off for May Day, the first major holiday since the easing of coronavirus lockdowns.

International travel remains out of the question for most, due to border restrictions imposed by other countries, a lack of flights and two weeks of quarantine that await people coming back to China.

"I think Chinese people have managed to get through the first wave of shock from the coronavirus outbreak," said Hu Xijin, chief editor of state-backed Chinese tabloid Global Times.

"Of course we would need to maintain the necessary vigilance at a societal level. I believe for most people, this kind of vigilance will continue as a habit."