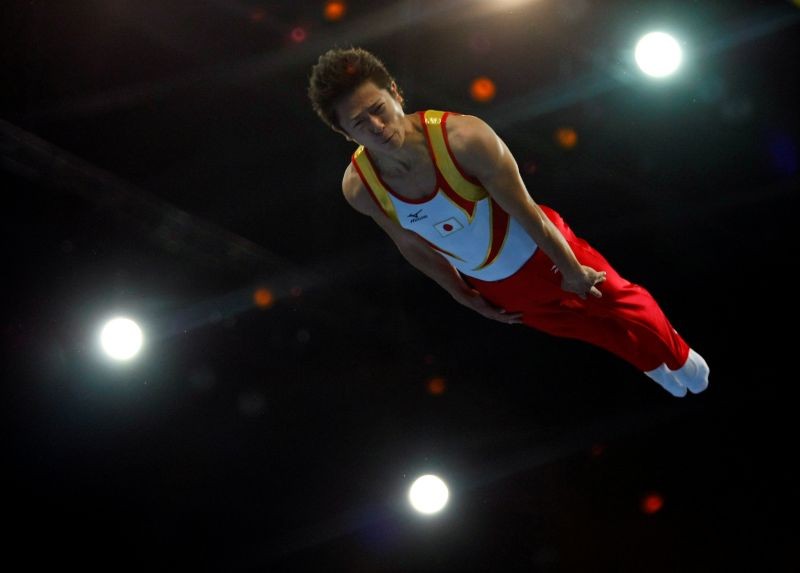 SAITAMA, Japan, August 8 (Reuters): Japanese trampolinist Tetsuya Sotomura was pushing for his country's final qualification spot for the Tokyo Olympics earlier this year but his dream was shattered when the Games were postponed.

At 35, he had already decided that the Olympics would be his last event and when organisers made the decision to postpone the Games until 2021 because of the COVID-19 pandemic, Sotomura knew his body wouldn't hold up for another year.

"Before corona, I already decided I would retire after the Tokyo Olympics, meaning this summer, 2020," Sotomura told Reuters at his office north of Tokyo.

"The news was very shocking," he added. "I wanted to compete at the Tokyo Olympics in 2020 but the Games moved to one year later. This effectively meant my retirement."

Sotomura's gymnast father Koji won two bronze medals at the 1984 Olympics and Tetsuya just missed out on matching his feat when he finished fourth at the 2008 Beijing Games.

Injuries had prevented Sotomura from returning to the Olympics since but the lure of one last shot at glory on home soil kept Sotomura competing well into his thirties.

Sotomura isn't bitter about missing the Games and is instead focusing on new projects, such as working with Airbnb's athlete experiences programme and starting his own trampoline centre.

He said the pandemic made it even more important to focus on the future.

"Of course my wife and my family hoped that I would go into the Olympics and they support me, so (they) are a little sad I retired," said Sotomura.

"But, they are in a hard situation with corona so I am happy I can support them.

"I think I have a dream now, so I don’t miss (trampolining). I can see the future, so now I am happy."