Olympics must go ahead next year as symbol of overcoming COVID-19, Tokyo governor says 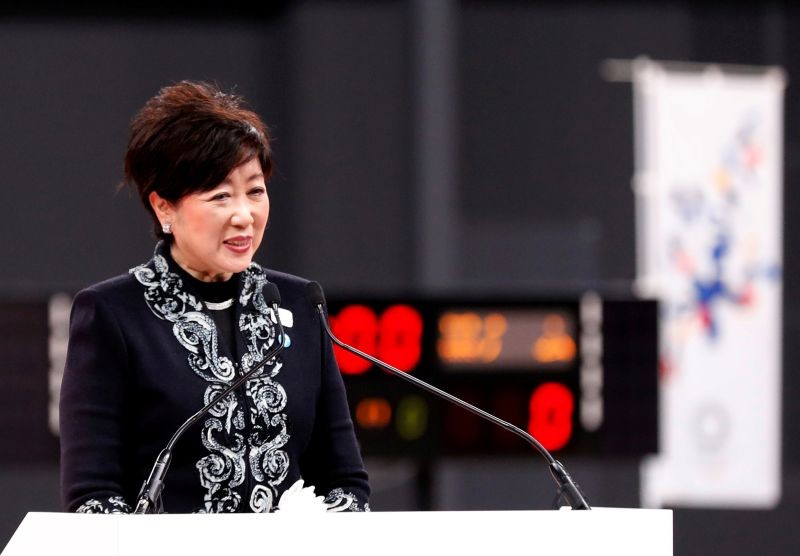 FILE PHOTO: Tokyo governor Yuriko Koike speaks at the opening ceremony of the Ariake Arena, which was due to host volleyball and wheelchair basketball competitions in the now-postponed 2020 Olympic Games in Tokyo, Japan February 2, 2020. REUTERS/Kim Kyung-Hoon/File Photo
Sports
13th July 2020

TOKYO, July 13 (Reuters): Tokyo Governor Yuriko Koike, often floated as a future Japanese premier, said on Monday the Olympics must go ahead next year as a symbol of world unity in overcoming the novel coronavirus, even as her city grapples with stubborn spikes in cases.

Japan has not seen an explosive coronavirus outbreak as suffered in some other places but a recent increase in cases in Tokyo, which accounts for more than a third of its more than 20,000 total, has fanned worries about a second wave of infections.

The 2020 Olympics were scheduled to start this month but were postponed because of the coronavirus. Koike has pledged to win public support for the Games, although a media survey showed a majority think they should be cancelled or postponed again.

"I want to host them as a symbol of the world coming together to overcome this tough situation and of strengthened bonds among humankind," Koike told Reuters in an online interview.

She declined to specify a deadline for deciding if the Games could go ahead.

A media-savvy former television announcer who speaks English and Arabic, Koike is to many a paradox: a global thinker with a nationalist tinge; a political outsider who advanced with help from old-boy mentors, and a risk-taker who shied away from the big gamble of running for parliament in 2017 as head of her upstart "Party of Hope".

Instead, Koike stayed on as Tokyo governor and has won plaudits for her straight-talking handling of the COVID-19 outbreak in contrast to what critics called Abe's clumsy response.

She was re-elected by a landslide last week, reigniting talk she has a shot at becoming Japan's first woman prime minister.

On Monday, she sought to brush such speculation aside.

"I'm happy that people have hopes for me but I received support for a second term as governor," she said.

"I want to protect the lives and health of the people of Tokyo by addressing the immediate issue of policies for the coronavirus. That is my greatest mission."

Tokyo's jump in COVID-19 cases comes as Abe's government prepares to launch a campaign to promote domestic tourism, but that has raised concern about spreading the virus outside the capital.

Koike said it was important both to contain the virus and revive the slumping economy.

"At present, a tough situation continues but ... by taking a proper response in Tokyo, I want to advance both the prevention of infections and social and economic activity," she said.

Tokyo accounts for about 20% of Japan's economy.

Koike, who clashed with Abe's administration over the timing of a state of emergency, and over which businesses to target for shutdowns, said she wanted greater clarity on local governments' authority during the crisis.

A veteran member of parliament before defying Abe's Liberal Democratic Party (LDP) to make her 2016 bid for governor, Koike also wants to make the metropolis a global financial centre by luring foreign talent.

Still, speculation persists that she could yet aim for Japan's top job.

But creating a new political machine to vault her to the top would be tough, political analysts said.

"Does she have what it takes to be prime minister? Absolutely. But she doesn't have the political machine that can make it happen," said a source who has advised Koike for years.

A return to the LDP fold would also face obstacles, given that mutual antagonism runs deep.