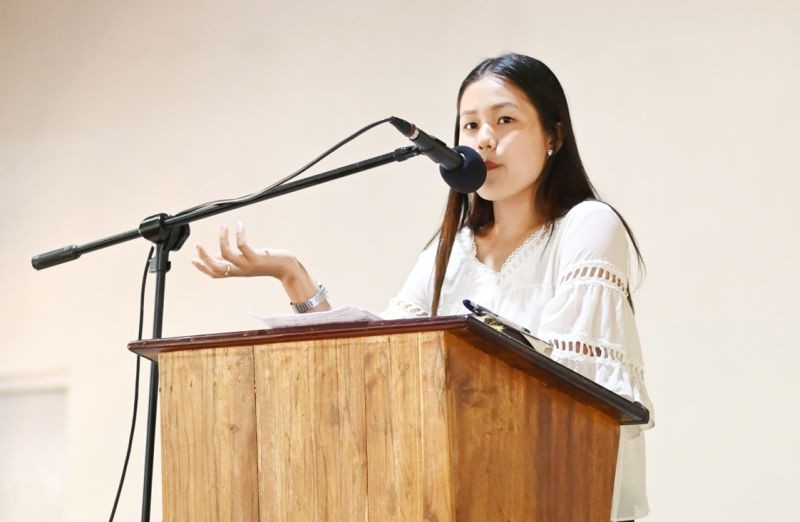 DIMAPUR, APRIL 11 (MExN): Patkai Christian College (Autonomous) conducted an Inter-Departmental Talk organised by the Departments of Education and Philosophy on April 10, at its Bundrock Auditorium.

The event was presented by the sixth semester students of both the departments which was part of their research study. The talk was based on students’ personal researches on various topics followed by question and answer sessions.

There were four presenters, two each from the Philosophy and Education departments of PCC.  The first presenter, Paton spoke on ‘Culture as the main source of one’s identity,' while the second presenter, Suiyiwangle Kemp spoke on ‘Human Trafficking - A Christian Perspective.’ The third presenter, Tshezokhroü Mero spoke on ‘Juvenile Delinquency,’ and the fourth presenter, Hreli, presented on the topic, ‘Need of value education in modern society.’

The event was moderated by Dr Wojanbeni S Yanthan. Invocation was pronounced by Mhao Tungoe, faculty of PCC. Vote of thanks was delivered by Neilevono Vüprü. The programme concluded with a benediction by Kaisü Losa.