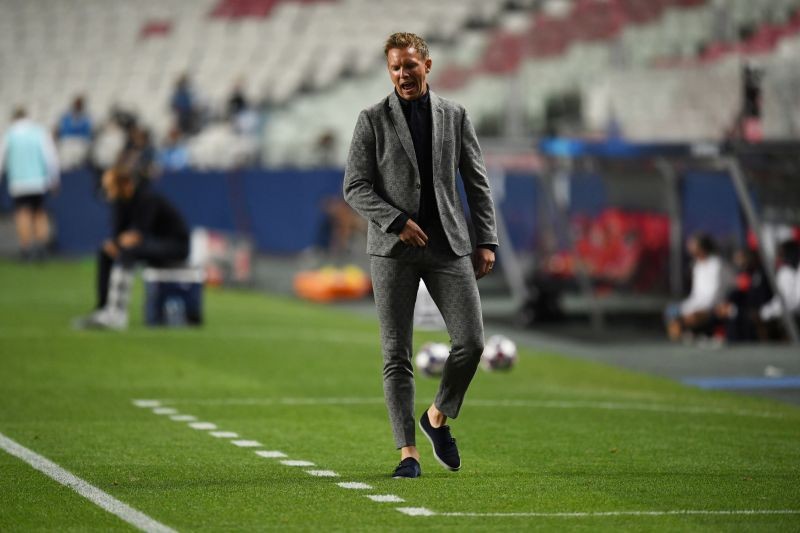 LISBON, August 19 (Reuters): RB Leipzig had no chance against Paris St Germain in their Champions League semi-final on Tuesday, Leipzig coach Julian Nagelsmann said, as the German side's 3-0 loss sent them out of the competition.

Leipzig, who had eliminated Tottenham Hotspur and Atletico Madrid to reach the last four, hardly got a chance throughout the game with the French champions in complete control.

"We have to accept the result because we weren't able to approach the game as we wanted," Nagelsmann said. "They were better than us. Even if we could have made a lot of things better, maybe it would still not have been enough.

"They were flexible. We started well in the first half. But then conceded the first goal and then the second from a mistake of ours."

PSG went ahead in the 13th minute through Marquinhos and got a second in the 42nd when Leipzig keeper Peter Gulacsi sent the ball to Leandro Paredes who helped set up Di Maria for their second.

Leipzig were on the backfoot throughout, showing none of the attacking spirit that had carried them to the semi-finals.

The French club, who celebrate the 50th anniversary of their founding in 1970, will meet the winner of Wednesday's other semi between Bayern Munich and Olympique Lyonnais.

"But I am proud today because my players had their heart in the right spot, even if they lost. I accept that the opponent was overwhelming," said Nagelsmann, who at 33 is the youngest coach to reach the last four of the competitions.

"We must continue improving, to keep showing such heart. We will continue and will be in the competition again. Development is a process. You have to overcome obstacles.

"We know that it was a good season for a young team and we will try to do it again next season and work hard. We will work our way back in the Champions League to experience such situations again."