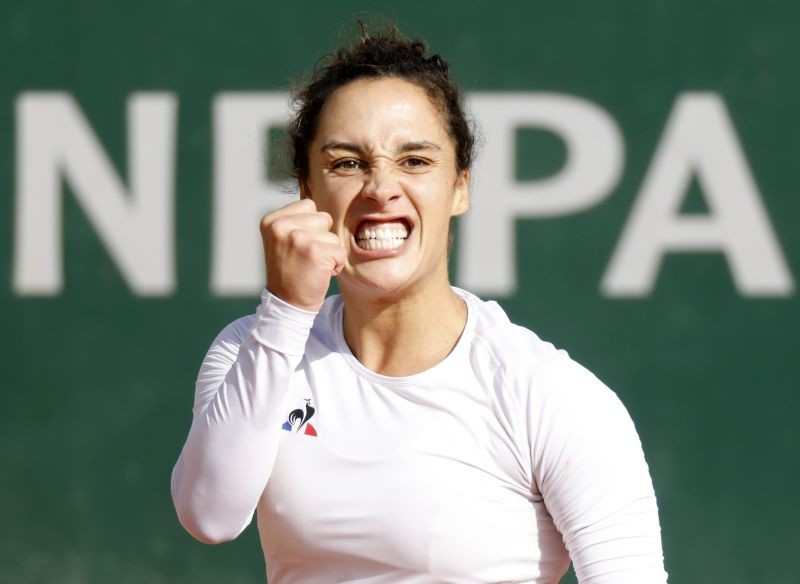 PARIS, October 4 (Reuters): Martina Trevisan's career is taking off in spectacular fashion, with the Italian becoming the first qualifier in eight years to reach the quarter-finals of the French Open by beating Dutch fifth seed Kiki Bertens 6-4 6-4 on Sunday.

The world number 159, who did not play tennis between 2009 and 2014 because of an eating disorder, played aggressively throughout to set up a meeting with Polish teenager Iga Swiatek, who knocked out top seed Simona Halep.

"I came here two weeks ago to play the qualifiers and today I'm here in the quarter finals. I can't believe it," said Trevisan, who will break into the top 100 of the WTA rankings on Monday.

"I'm really honoured to play on this court with Bertens; she's an incredible player."

After 16 consecutive defeats to players in the top 100 from 2017 to 2020, Trevisan has now posted four consecutive wins over such opponents in one week.

She is the first qualifier to reach the last eight at Roland Garros since Yaroslava Shvedova in 2012 and the 10th overall in the women's draw since tennis turned professional in 1968.

Only Belgian Filip Dewulf, in the men's tournament, managed to go one step further, in 1997.

"I didn't know about that statistic," said Trevisan, who failed to qualify for the main draw of a Grand Slam nine times in a row before reaching the first round of this year's Australian Open, losing to eventual champion Sofia Kenin.

A semi-finalist at Roland Garros and Wimbledon in the 2009 junior tournaments, Trevisan then quit tennis as she struggled with anorexia.

"I hated my muscular body and imposed on myself diets on the edge of survival to lose weight," she wrote in a blog post on The Owl.

"Thirty grams of cereals and a (piece of) fruit in the evening, that was enough for me to stand up - and to worry my mother. She would run out to pick peaches from the trees to see me eat something."

​ She raced into a 5-1 lead in the opening set - winning 10 points in a row at one stage - on the back of some patient play and excellent court coverage before Bertens eventually found her feet.

The 26-year-old Italian converted three break points to take the opening set, with her net play and ability to change the pace of rallies leaving a bewildered Bertens struggling for answers.

Trevisan opened up a 3-0 lead in the second before Bertens stepped up a gear to break back only for her opponent to hold her nerve and seal victory with an exquisite lob on her third match point on Bertens's serve.