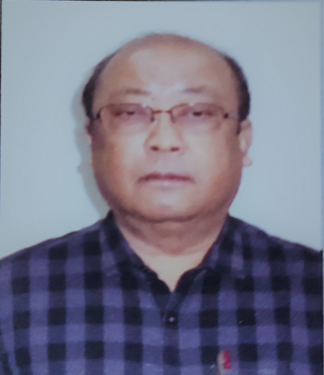 The amount was disbursed to enable 5697 EPF members to deal with COVID-19 induced financial exigencies during the month of March to June, informed the statement issued by P Hangsing, Regional Provident Fund Commissioner-I, Guwahati.

In another first, a sum of Rs 6.35 crore representing 24% of wages towards EPF contributions have been released by the Government of India to eligible EPF registered Employers as subsidy under the Pradhan Mantri Garib Kalyan Yojana (PMGKY), it said.

The subsidy released would benefit 15937 EPF members, it added, and is available for 6 months of the current financial year commencing March upto August, 2020, the statement said.

“Efforts are on to create more awareness among the Employers to avail the subsidy for the benefit of at least 85000 employees as per the department own estimates,” it added.

Recalling the intermittent nation-wide lockdown beginning March 24, Hangsing asserted in the statement that the EPFO, Guwahati stood firm in its resolve to extend uninterrupted services to meet the dire financial needs its members during the crisis.

“Claims of EPF members such as Provident Fund, Pension and Deposit-linked-Insurance besides various other Advance applications continue to be received and settled all within 20 days,” it maintained.

Monthly pension continued to be released on the first working day of each month to about 26,343 EPS’ 95 Pensioners with an approximate monthly outflow of Rs 4,71,75,395, the statement further said, adding that the disbursals were ensured in time despite disruption in normal Banking services during the lockdown.

Emphasizing on the priority accorded to default management and recovery of PF dues from delinquent employers, Hangsing also informed that current dues amounting to Rs 1819.47 lakh were recovered during previous financial year from defaulting establishments.

A large chunk of Rs 1693.12 lakhs pertaining to State Public Sector Undertaking (SPSU) is yet to be recovered and is expected to be recovered during the current financial year, he said.

Meanwhile, a sum of Rs 1333.43 crore was levied as damages for delayed payment of EPF contribution on defaulting establishments during the preceding year and Rs 1300.24 crore have been recovered from them.

“The arrear recoverable Demand stood at Rs 377.32 lakh out of which Rs 157.34 lakh have so far been recovered,” the statement informed.