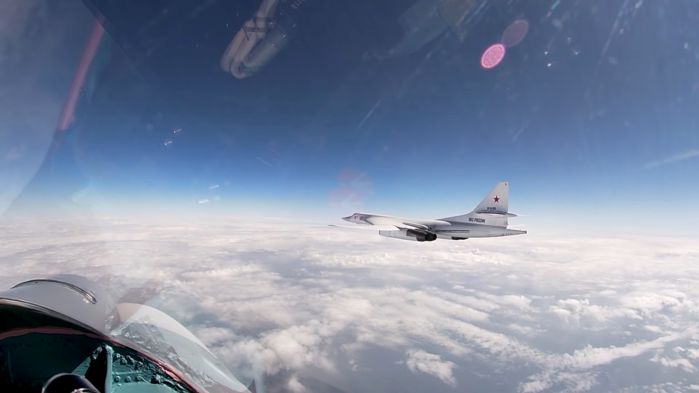 MOSCOW, April 29 (Reuters): Russia has flown two nuclear-capable Tu-160 strategic bombers over the neutral waters of the Baltic Sea, the Russian Ministry of Defence said on Wednesday, a move that prompted Finland, Denmark, Poland and Sweden to scramble jets to escort them.

The ministry said the flight was routine in nature and strictly adhered to international airspace regulations.

Russia carries out similar training flights over the Arctic, Atlantic and Pacific oceans, as well as over the Black and Baltic Seas on a regular basis, a policy some NATO members regard as unhelpful sabre-rattling.

The two Tupolev T-160 aircraft, which can carry up to 12 short-range nuclear missiles, were in the air for eight hours, the Russian Defence Ministry said.

"At specific stages of the route, the aircraft were escorted by the Finnish Air Force's F-18s, Royal Danish and Polish Air Force F-16s, as well as by the Swedish Air Force's Saab JAS 39 Gripen fighter jets," it said.

Russia made a similar statement on Tuesday, saying two Russian Tupolev Tu-22M3 strategic bombers had flown a routine four-hour flight over the neutral waters of the Barents and Norwegian seas, prompting Norway to scramble its jets to escort them.

Also on Tuesday, it said advanced jets belonging to its Baltic Fleet had rehearsed striking naval targets in the Baltic Sea.