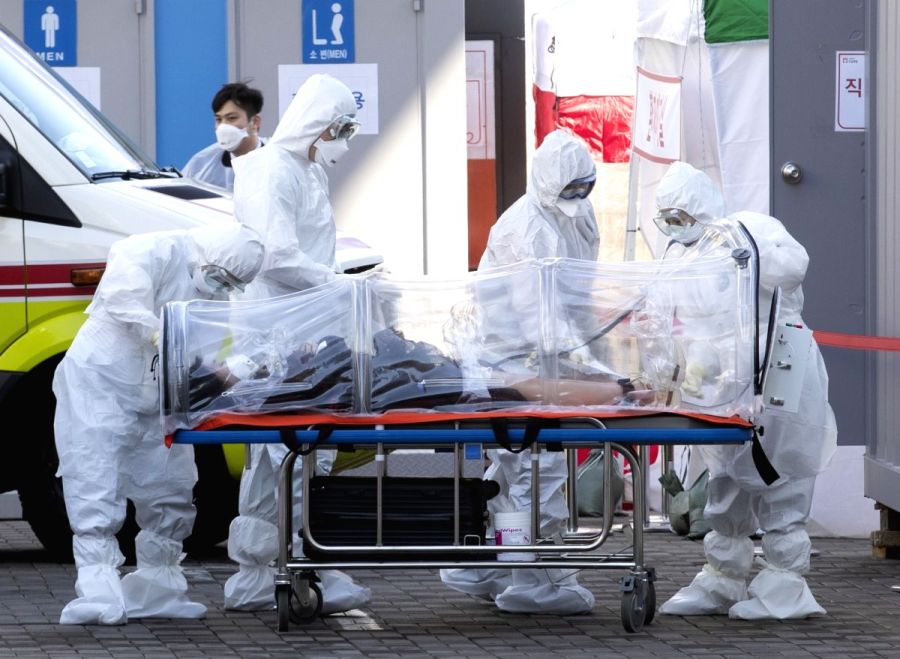 SEOUL, APRIL 5 (IANS): The Seoul city government said on Sunday that it will take legal action against a Protestant church for breaking the South Korean capital's administrative order not to hold mass gatherings to prevent the spread of the coronavirus.

The Sarang Jeil Church conducted a service for the second consecutive Sunday. It had been banned by the city government from hosting mass events after it violated precautionary measures for containing COVID-19 during its service on March 22, reports Yonhap News Agency.

As part of the South Korean government's social distancing drive, churches are advised to check the temperatures of their followers and to maintain a distance of 2 metres during services, among other quarantine measures.

But a church official explained that only pre-registered followers were allowed to attend the service, and they were kept at least 1 metre apart from one another.

The government's initial social distancing drive had been scheduled to end Sunday, but it extended the campaign by two more weeks on Saturday, said the Yonhap news Agency report.

South Korea continued to see a decline in new coronavirus cases on Sunday, but Seoul and the surrounding areas reported a continued rise in virus infections due to cluster transmission and imported cases.

The 81 new cases of COVID-19, detected Saturday and slightly down from 94 new cases a day earlier, brought the country's total cases to 10,237 and marked the 24th consecutive day that new infections have hovered around 100 or fewer additional cases, according to the Korea Centers for Disease Control and Prevention (KCDC).

The country's death toll rose by six to 183, with more than half of fatalities being patients aged 80 or older, the KCDC said.