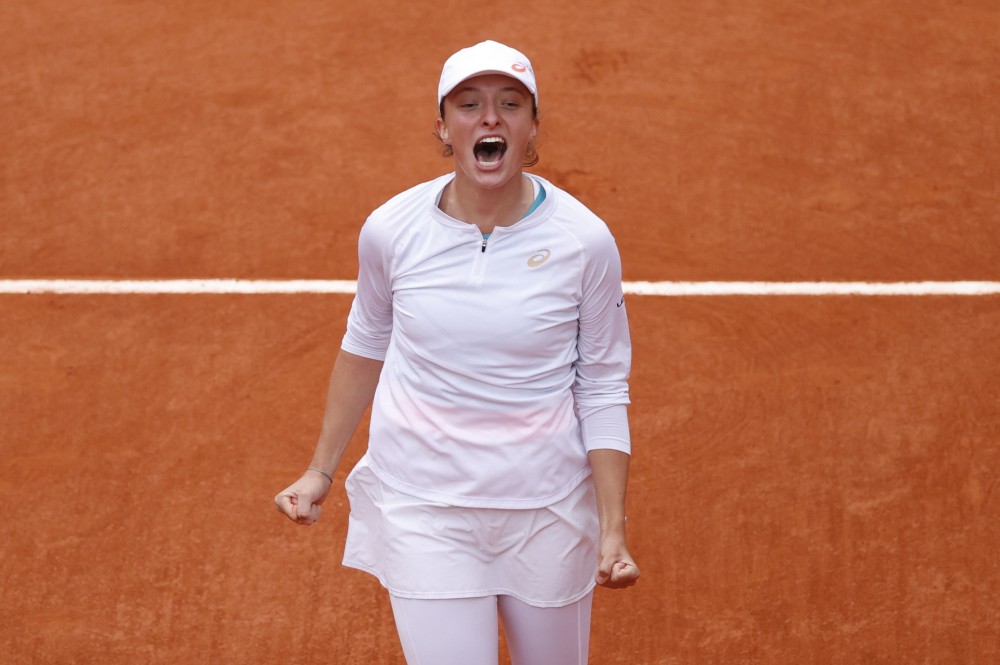 The unseeded 19-year-old, who did not drop a set throughout the claycourt tournament, is the youngest winner since Monica Seles lifted the Suzanne Lenglen Cup in 1992.

"I'm so happy. I'm so happy my family was here finally. It was overwhelming for me," said world number 54 Swiatek, the lowest-ranked player to win the women's title at Roland Garros since WTA rankings were introduced in 1975.

"Two years ago I won a junior Grand Slam and now I'm here. It feels like such a short time. I'm just overwhelmed,” she added as a sorry Kenin watched from her chair in tears.

Swiatek raced into a 3-0 lead for the loss of just three points before 21-year-old Kenin got into her groove, only for the Pole to bag the opening set on her opponent's serve after another trade of breaks.

Kenin, who was gunning for a second major title after winning this year's Australian Open, received an off-court medical treatment on her left thigh after the third game of the second set.

It all proved too much to handle for the American, who won only three points after coming back on court as Swiatek swept to the title.

She is the first player not to drop a set en route to the women's title here since Belgium's Justine Henin in 2007.