Trance Effect, one of the most modern additions to the Indie rock band scene in Nagaland, is once again making a buzz in the music circle with the announcement of their latest single, ‘New Beginning.’

Gradually gaining popularity since they first came together to form the band in 2017, followed by the release of their debut single, ‘Stop Pretending’, the next year, Trance Effect has managed to cast a 'spell' on their fans and make a mark, particularly in the Indie music scene in the state.

As fans anxiously await their latest single, ‘New Beginning’, releasing on September 14, Trance Effect took time to talk with The Morung Express about their coming together as a band, making music, finding inspirations and their musical dreams. 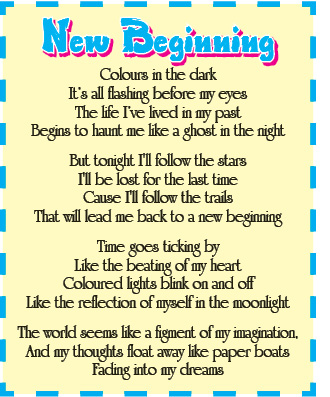 Based in Dimapur, Trance Effect has the “dynamic and compelling performer” Luli Yeptho on vocal.

Sosang Longkumer on Drums is “a quiet, but an expressive player who never fail to capture the right beat at the right time.”

Tako Chang, on Guitars, has a “unique approach to music that sets him apart, drawing more into melodies and catchy riffs.”

With his experience of live music performance and minimal playing, Imnamaong Imchen, on Bass Guitars, “adds just the right amount of colour to make the audience groove into the music.”

The band shared that they started two years back when their bassist first floated the idea forming an act - 'different from all the other bands from the region.'

“When we finally formed the innovative new act, the idea that actually mooted and kept us going was the possibility of making music as a band that would reach out to a younger generation. Unlike many other alternative rock bands in the region, Trance Effect is a step away from 80’s nostalgia rock,” the band added.

Sharing about the biggest inspiration for their music, Trance Effect said that they are influenced and inspired, every time they see a great live performance.

“We are all from different musical background and that is a huge difference but when it comes to the band, we stick to the genre of the band. The love to perform live music and create music that drew us into forming the band; it motivates us into putting in the hours until we get the music straight.”

This energetic band creates music from their pure love “to make music that speaks to the younger generation… music that would make a difference to the people listening it.”

The band grew up watching local artists and bands performances and acknowledged that there are many musician friends, who are some of the best in Nagaland. “Each one has a unique role which helps us grow not only musically but as a band.” 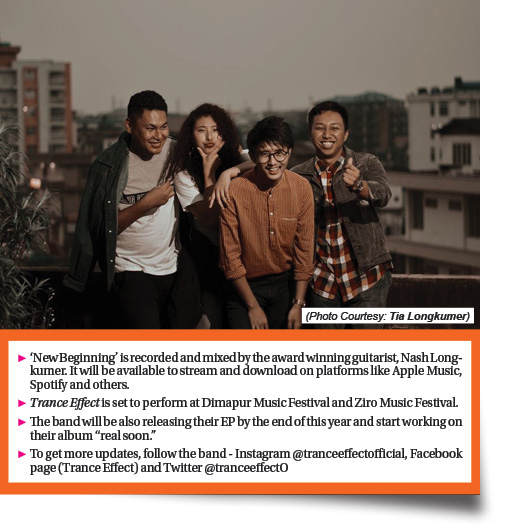 The band admitted that their biggest challenge is meeting up for practice.

“Most of us are students. We find it hard to manage our time for practice but we somehow pull it off,” they said while adding that another challenge is the money they have to spend for practice at Jam Pads.

“It is hard to practice without a jam pad but we found a solution and made our own at our drummer’s place.”

The ultimate direction for Trance Effect is to grow musically and compose more melodious music which people would enjoy and dance to.

“Also not forgetting that we also plan to release an album,” they disclosed.

Besides, the 'musical dream' is to headline a festival where people would sing along to their songs. "To us, that would be the most memorable moment in our lives as a band,” the band added.

The youthful band observed that music in Nagaland has grown drastically. They felt that TaFMA (Task Force for Music and Arts) is making efforts by sponsoring and providing more platforms to the musician of the state.

Also with the induction of Dr. Hovithal Sothu, Project Director TaFMA and Theja Meru, Advisor, TaFMA, things have really changed. They also mentioned that event managements like Live Now and Imagi.Nation are also really helping in making the music industry grow in the state.

Giving out details on their upcoming single, ‘New Beginning,’ Trance Effect said that it was written few years back by the bassist, Imnamaong. It has come a long way since then. Initially, the song was planned for the band’s upcoming EP, but later they decided to release it as a single.

It is about how a person leaves behind the things that pull him down and follow the trials that would eventually lead to a new beginning in life, they further elaborated.

“The song talks about overcoming problems like depression and try to start over again a new beginning leaving the past behind.” 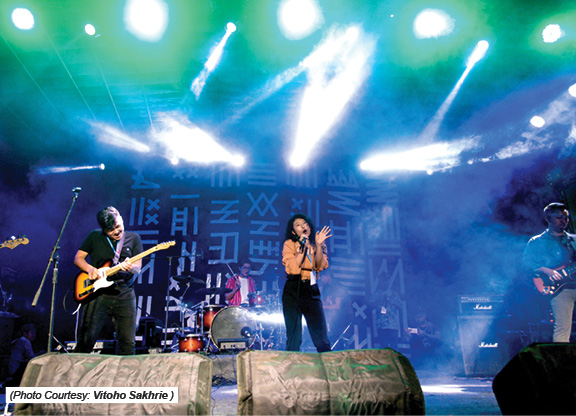