U.S. and EU must face down China together, Pompeo says 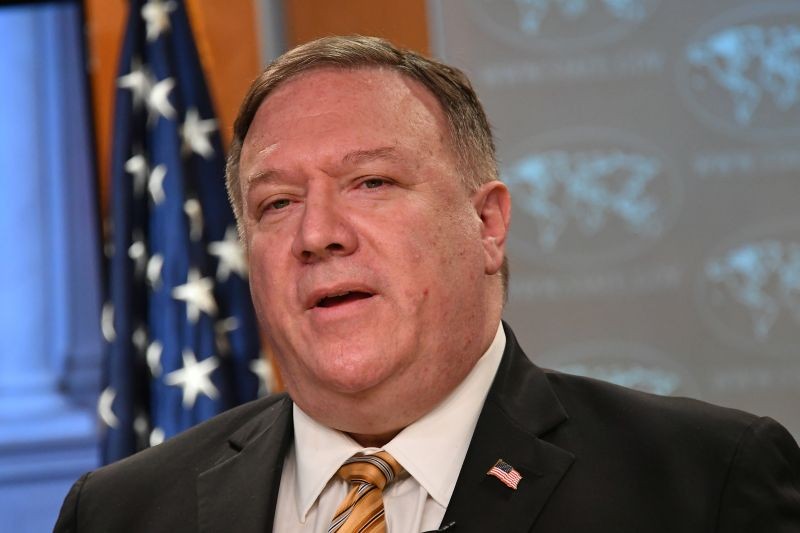 U.S. Secretary of State Mike Pompeo gives a news conference about dealings with China and Iran, and on the fight against the coronavirus disease (COVID-19) pandemic, in Washington, US on June 24, 2020. (REUTERS Photo)

BRUSSELS, June 25 (Reuters): The United States and European Union need a shared understanding of China to resist it, U.S. Secretary of State Mike Pompeo said on Thursday, calling Beijing a threat and accusing it of stealing European know-how to develop its economy.

Pompeo said he had accepted a proposal by EU foreign policy chief Josep Borrell to create a formal U.S.-EU dialogue on China and would travel to Europe soon to host the first session.

"There is a transatlantic awakening to the truth of what's happening," Pompeo told a think-tank event via video link. "This isn't the United States confronting China, this is the world confronting China," he said.

Borrell raised the idea of a U.S.-EU dialogue earlier this month at the end of a video call between Pompeo and EU foreign ministers. While details are thin, Pompeo said it would be run by senior officials and would be open-ended.

Two EU diplomats said the dialogue could be a forum for tackling issues such as how to combat what the West says is Chinese disinformation, rather than forging a common trade policy.

However, while the EU shares many of Washington's concerns about what it says are predatory Chinese trade practices to dominate strategic industries, Brussels wants to tread a middle path between China and the United States.

The EU, the world's biggest trading bloc, held talks with Chinese leaders on Monday and sees Beijing as a partner in fighting climate change as well as an economic rival.

Pompeo said the EU needed to act against China, whom he accused of stealing intellectual property in Europe and abusing the rules-based trading system, to protect its economies, not as a favour for the United States.

Pompeo added that the new U.S.-EU dialogue would share information on China. While he said there would be differing opinions in the committee, he hoped it would be "a catalyst for action", although he did not go into details.