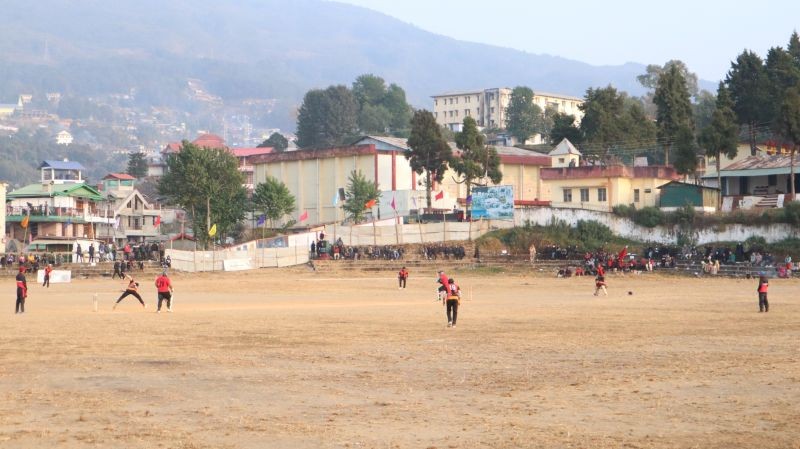 Players in action during a match at the 25th Winter Cricket Challenge in Wokha on January 14.
Sports
14th January 2021

With these wins, both teams have qualified for the semi finals of the tournament.

In the first match Mavericks 'B' won the toss against Etsujhuka Youth League and elected to bat first. They set a target of 107 runs in 20 overs. EYL displayed an impressive batting performance and won the match by 2 wickets.

Phyodemo Ngullie who claimed 2 wickets and took 4 catches was named the man of the match.

In the second match of the day Juggernauts Cricket Club 'A' won the toss against Lancer Cricket Club and elected to bat first. They posed a target of 137 in 20 overs.

Mhajan Patton of Juggernauts played an important role in his team’s chase by scoring 33 runs in 48 balls. Juggernauts 'A' won the match by 33 runs.

Man of the match award in the second match was claimed by Mhajan Patton. The award was handed over by Yanrenthung M Humtsoe.