Women hold the power to change U.S. politics - if they vote 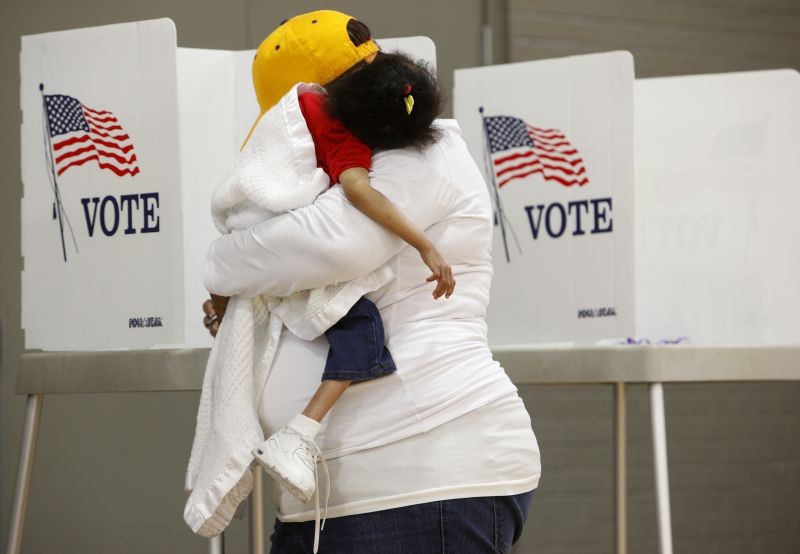 NEW YORK, September 24 (Thomson Reuters Foundation): A convergence of women, color and class can steer the course of U.S. politics, say the leaders of a new campaign aimed at galvanizing women of all backgrounds to get out the vote.

More women than men are eligible to vote in November's presidential election, and the leaders of 'Supermajority'- drawn from popular movements steeped in activism - want to tap into this potent force to unseat President Donald Trump.

"There are literally millions of women who have never been involved in politics or organizing or activism or even helping people vote and are now saying, 'I have to do something more,'" said the group's co-founder Cecile Richards in an interview.

The trio brings a broad base - their affiliated groups represent and advocate for millions - along with deep expertise in mounting protest on the street and advocacy in the halls of power.

Now they want to join forces to win change at the top.

Richards recalled in the joint interview how millions of women marched in protest after 2016's election of Trump, who has made disparaging remarks about women and faced accusations of sexual misconduct that he denies.

This time Richards wants to see that united female steel on show before the Nov. 3 vote to "harness the power of women" who - as of 2018 midterm elections - equaled 53% of the electorate.

Historically, women have also turned out to vote at higher rates than men in presidential contests.

All In Together, a non-partisan civic education group, found in a poll this month that women voters favored Biden by 11 percentage points, while men preferred Trump by seven points.

Black women supported Biden by a huge margin of 84% compared with 12% for Trump, it found.

"I do feel like if there's a force in this country that's going to help get us back on the track of hope and empathy and progress for everyone, it's going to be women," said Richards.

Supermajority is launching a national get-out-the-vote campaign with a virtual day-long event on Saturday.

It plans to train members to organize and use texts, calls and letters to mobilize women, especially in swing states.