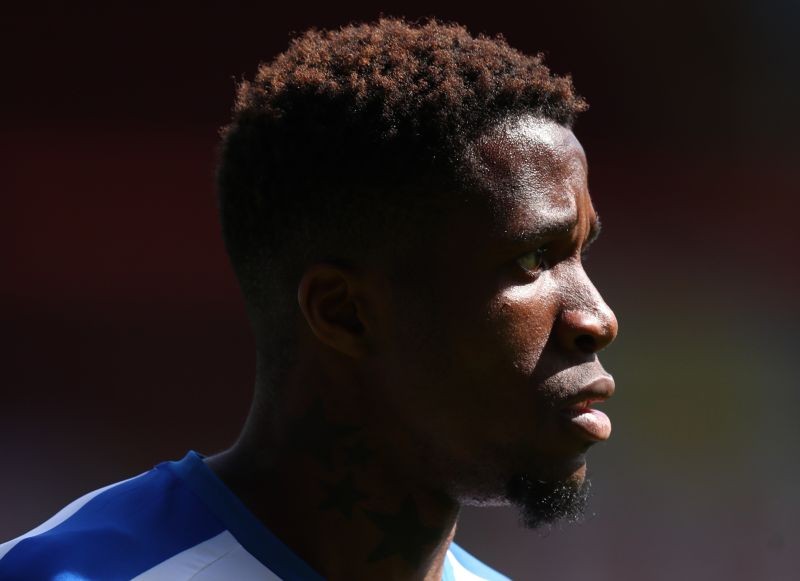 (Reuters): Crystal Palace's Wilfried Zaha has called on social media platforms to identify and remove users who resort to racist abuse after the forward was targeted before his team's Premier League match at Aston Villa on Sunday.

The Ivory Coast international shared images of the messages he received, including one of members of the white supremacist organisation the Ku Klux Klan, and a 12-year-old boy from Solihull was arrested.

Zaha thanked West Midlands Police for taking swift action but said it was not enough to promote anti-racism slogans.

"People need to understand that whatever your age, that your behaviour and your words come with consequences and you cannot hide behind social media," Zaha said in a statement on Twitter.

"It's important social media platforms do as they did yesterday and seek out these individuals and remove them. This is not the first time I have received messages like this, nor am I the only player to receive messages like this - it happens every day.

"It's not enough to be disgusted by these messages I received and move on. It isn't enough to just say #notoracism. We need action, we need education, things need to change."

Sheffield United's David McGoldrick, who scored twice in a 3-0 win over Chelsea on Saturday, was also the target of racist abuse and his club posted a screenshot from the player's Instagram account with a caption saying "2020 and this is life".

"As a club we will support David McGoldrick and will do all we can to find the perpetrator of this disgusting message," Sheffield United said on Twitter.

"We will work with the relevant authorities to ensure the person behind this post is brought to justice. This cannot continue. Something needs to change."