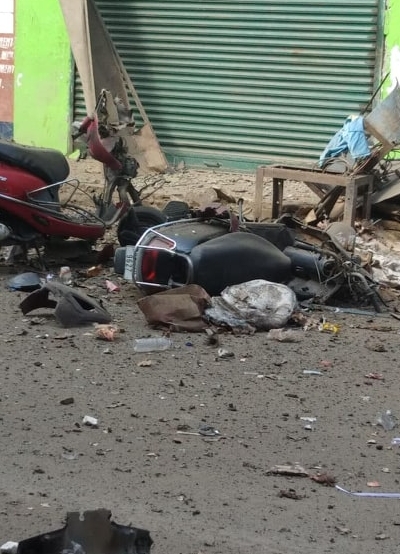 The site of the blast is seen in this photo shared on social media.

The incident took place at Thengal Bazar area of Imphal. The police had already detected the bomb and were waiting for the bomb disposal squad when the IED went off," an officer said.

No militant group had claimed responsibility for the blast so far.