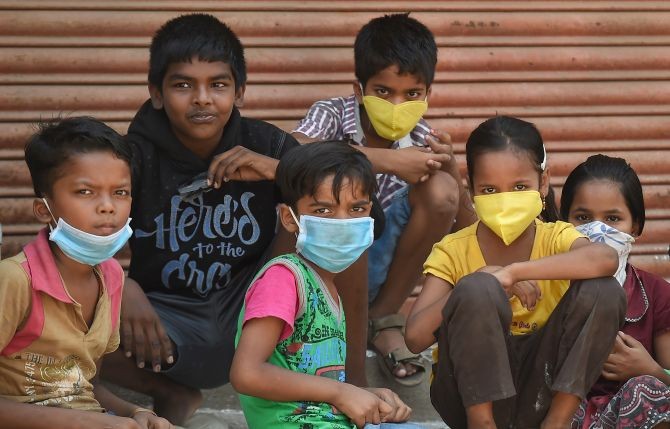 New Delhi, June 28 (PTI): The majority of children with COVID-19 in 26 countries fared well clinically compared to adults, according to a review of studies which assessed research published during the first four months of the pandemic.

Scientists, including those from The University of Texas in the United States, performed the largest systematic review to date of children and young adults with COVID-19, assessing the clinical data of more than 7,500 individuals.

In the findings, published in the journal EClinicalMedicine, a journal of The Lancet, they said nearly a fifth of the pediatric population with COVID-19 did not exhibit any symptoms, and 21 per cent of the children exhibited patchy marks of tissue injury on lung X-rays.

The researchers said 5.6 per cent of the children assessed in the studies suffered from co-infections, such as flu, on top of COVID-19, and a little more than 3 per cent were admitted to intensive care units.

Seven deaths were reported, according to the review research.

"Our data is compiled from 131 studies and encompasses 7,780 patients who span the pediatric age spectrum," said study senior author Alvaro Moreira from UT.

The research reported the most common symptoms, quantified laboratory findings, and described X-ray scan characteristics of children with COVID-19.

"Furthermore, we summarise treatments that were administered and offer an initial glimpse of a handful of patients who met the US Centers for Disease Control and Prevention (CDC) criteria for multisystem inflammatory syndrome in children," Moreira said.

According to the study, the most frequent symptoms, similar to the adult population, were fever and cough -- found in 59 and 56 per cent of the pediatric population, respectively.

In 233 individuals, the scientists said a past medical history was noted with 152 children in the group presenting with compromised immune systems, or had underlying respiratory or cardiac disease.

"Although we are hearing about severe forms of the disease in children, this is occurring in very rare circumstances," Moreira said.

Based on laboratory measures noted in the reviewed studies, the scientists said pediatric COVID-19 patients had abnormal levels of molecules signifying inflammation in the body like creatine kinase, interleukin-6, and procalcitonin.

According to the scientists, only a small number of patients met inclusion for multisystem inflammatory syndrome in children.

They said the disease condition in these children paralleled the extreme forms of COVID-19 seen in adults.

"Children with systemic inflammation had a significant decrease in the amount of lymphocytes in their blood," Moreira said.

COVID-positive children who didn't have the extreme form of the disease had 42 per cent of the immune cells called lymphocytes in their blood, versus 11 per cent in children with the multisystem syndrome, he added.