A day in the life of a woman traffic police 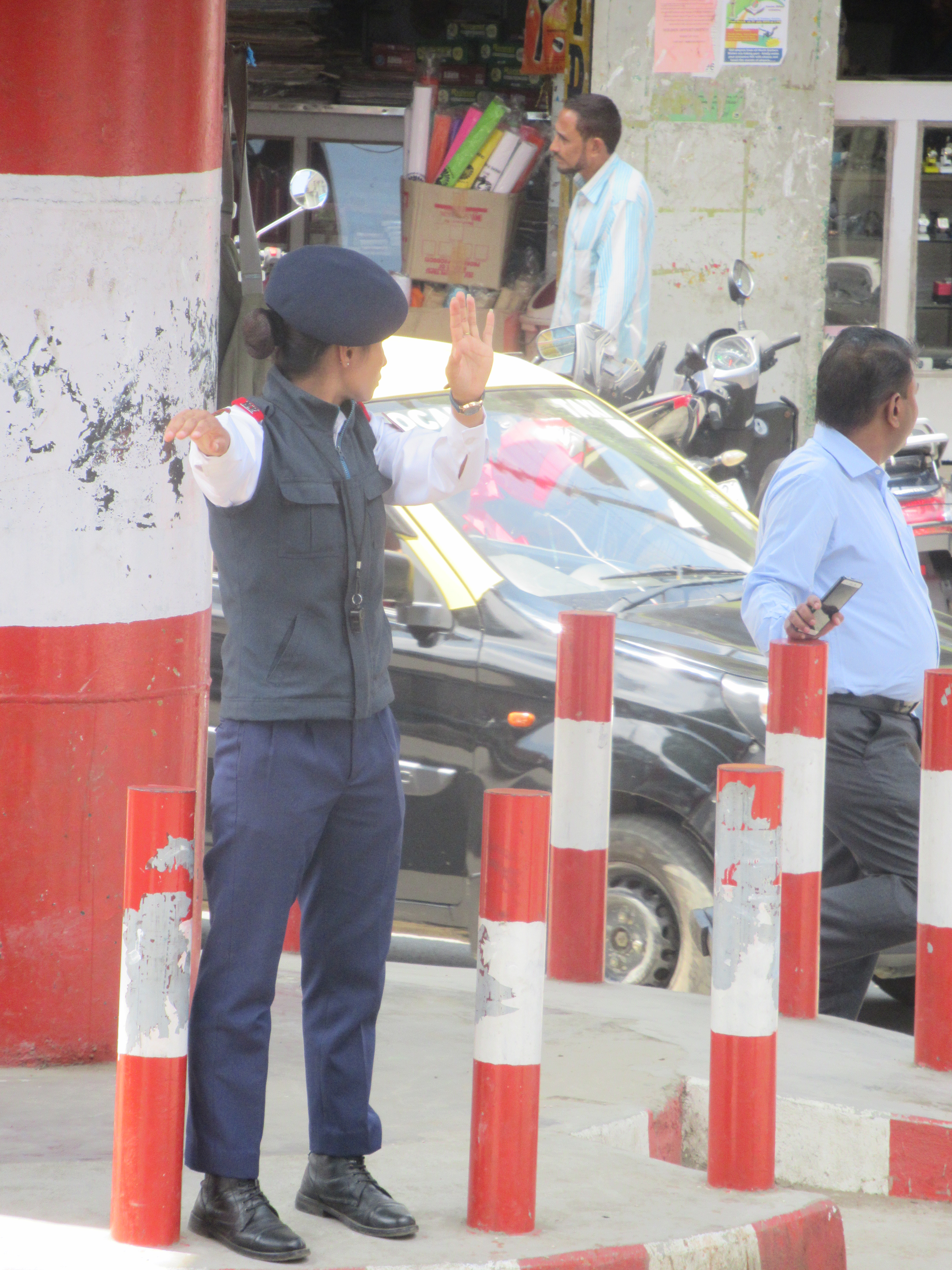 When the traffic policewomen were first deployed into the line of duty in regulating traffic rules in the state, they soon earned awe and respect of many - both men and women alike.

It was, and still is captivating as the smartly and neatly dressed women in uniforms are seen, efficiently regulating the never ending traffic on the streets alongside their counterparts.

Sharing her experience as a female traffic police for over two years, Keneipfhenuo Kense said, “as women traffic police, we do get lots of admiration and respect with many appreciating our services to the society.”

As the reporter met up with this traffic police at TCP tri-junction, one of the busiest and strategic points in the capital city, the traffic personnel at this point have no shed and have to stand under the scorching sun every day.

However, as the years passed by, the numbers of vehicles is continuously increasing and given the condition of the roads, the duties, responsibilities and problems faced by the traffic personnel are becoming heavier.

Often, the traffic personnel are also subjected to public’s ire and frustration whenever there is a traffic jam.  Particularly on weekdays, the soaring temperature and the visible anger writ large on the face of the impatient drivers are quiet an eyesight.

More often than not, except for venting out the frustrations on the traffic personnel for the jams, people head out to work, no one really bothering to discover, how they are managing or the problems faced by them as they regulate traffic rules on the streets.

Come rain or sunshine, however, the traffic police can be seen on strategic points in the city.

Easy Target?
On the other hand, it was learnt that female traffic police have become the easy target of ill-tempered drivers through intimidation and physical molestations from rowdy riders.

Kense says though it’s difficult to be a traffic police, it’s exciting and interesting as well to have the opportunity to see and meeting various types of people.

Most of the traffic violation cases are of speeding, she said, adding that there are some people who are adamant to obey traffic rules.

Some are full of arrogant attitude while others, unruly and abusive, towards traffic police woman.

Through her experience, she recalled how some drivers undermine the capability of the women as traffic police, and they are victimised and mistreated using abusive and derogative words. Sometimes they are threatened while on duty.

Recalling such incidences, she said there was a time when a female traffic police was physically manhandled by a man, just because she signalled for him to wait for another car to pass by. On another occasion during Hornbill Festival, two young men allegedly touched the private parts of the traffic police woman manning the point.

Unfortunately, it was informed that the perpetrator of the first incident was let go after settling the issue between them. The bold female traffic police in the second incident, however, decided to file a case, and subsequently, the two perpetrators were penalised.

When enquired if there’s any disparity in their department, Kense firmly denied. At the same time, she stated that no one should undermine the capability of the women in uniform as security women personnel undergo the same training and same duration of time as that of the men, in trainings such as commando, martial arts etc.

She also appealed the drivers on the road to please obey the traffic rules to ease traffic jams adding that the traffic personnel know exactly what they are doing. “A little cooperation and discipline will help everyone, and a little common sense is required of everyone” she added.

Civic driving sense ‘very essential’
When enquired on the strength of workforce, Mhathung Patton, Officer-in-Charge Traffic said although there is shortage of workforce, with the strength of more than 200 personnel at present, they are managing quiet well in comparison to other years. Echoing the same view, he added that civic driving sense among the public is very essential for the smooth flow of traffic.

On being asked further, if the traffic personnel are being given any refresher courses from time to time, Patton informed that no such courses are being provided as of now. On traffic violation cases, he said “we used to give challans to the defaulters from time to time, not every day but we are doing enforcement as well.”

Traffic OC also observed that comparing to other districts, citizens of Kohima have more civic sense in obeying traffic rules. However, he added “the only thing is we have only one-way traffic with no other routes and the volume of vehicles increasing every year added to the traffic congestion.”

Power of traffic cop
•    Traffic cop is the absolute authority in road. If s/he gives signal, you are bound to obey them
•    Traffic cop can demand your RC, DL, Insurance and pollution certificate of the vehicle
•    S/he can seize paper, if situation demands so
•    S/he has the power to arrest you, while he is in uniform, if you are found violating the rules and not obeying his commands.