For those who need a helping hand 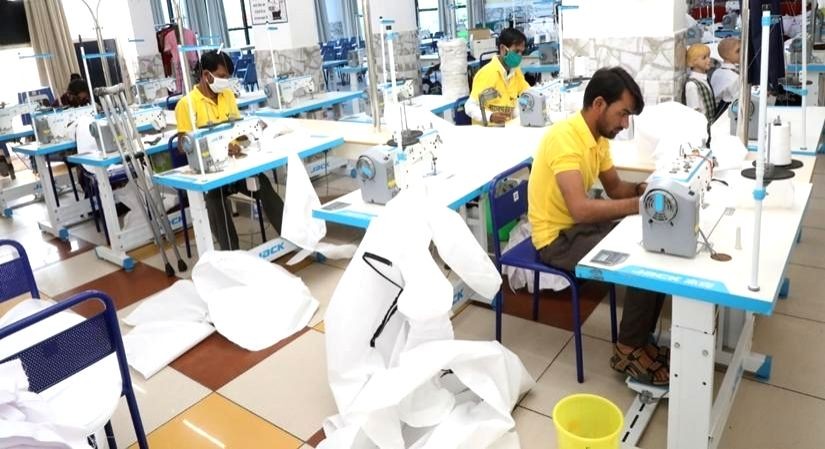 New Delhi, January 10 (IANSlife): Ganesh was only two-year old when his parents left him at an NGO where they had taken him for treating his disability. He is 17 now and helps the NGO administration in paper works. The young boy says even though he is wheelchair-bound, he stands on his own feet and is capable of taking good care of himself.

Like Ganesh, there are many other physically challenged children residing at Narayan Seva Sansthan (NSS) in Udaipur, Rajasthan, who were brought there to receive free of cost corrective surgeries and pre-and post-operative care, but were left behind by their parents.

All the children are being taken care of by the NGO that houses an orphanage and a residential school in its premises with in-house doctors and teachers. There are more than 100 physically, mentally challenged children who have been receiving free food, education and other basic amenities of life.

NSS was founded in 1985 by Kailash Chandra Ji Agarwal as a specialised care centre to cure patients suffering with Polio and related birth disability through free corrective surgeries. It now has 12 specialised hospitals, with more than 1,100 beds and has successfully done more than 4,21,750 free of cost corrective surgeries till date with around 80-90 surgeries daily before COVID-19 outbreak. On a day-to-day basis, NSS feeds over 4,500 people free of cost.

Prashant Agarwal, son of Kailash Chandra and the current President of Narayan Seva Sansthan, said: "In 1997, we built India's first Polio hospital with 51 beds. We kept everything free of cost. Till then Polio was considered as an incurable disease. It took us a lot of time to make people understand and spread awareness. But as patients started coming in from different parts of the country, the hospital could not admit them all. So we built another hospital with 1100 beds. At this one point of time, we had 25,000 patients in waiting list. Even now there are almost 4000-5000 people in the waiting list."

NSS also manufactures calipers and other equipments for 'differently abled' ones at their workshops that are imputed within those patients who had lost their either one or both limbs in any accident or disease on 'free of cost' basis.

The organisation also provides economic aid to the physically impaired people through various skills and vocational courses. It has also been conducting 'mass marriage ceremonies for the 'differently able' and economically backward couples. The 35th Mass Wedding Ceremony was held in December 2020 where 11 couples from Rajasthan, Maharashtra, Bihar, Gujarat tied the knot, under the 'No Dowry Campaign'.

Prashant said: "Last year we got 51 couples from across the country tie the knot. But this year, due to the pandemic we invited only 11 couples to get married."

It is also building a 450-bed hospital with State of the Art Amenities & Facilities for Differently Abled People, which is due to be launched in the year 2022. The seven-storey building will have India's first modernized manufacturing facility for artificial limbs, with vocational training centre for people with intellectual disability, visual impairments, speech and/or hearing impairments and centre for research and development for specially-abled people.