From Shyamala Gopalan to Kamala Devi Harris: A timeline of two audacious journeys 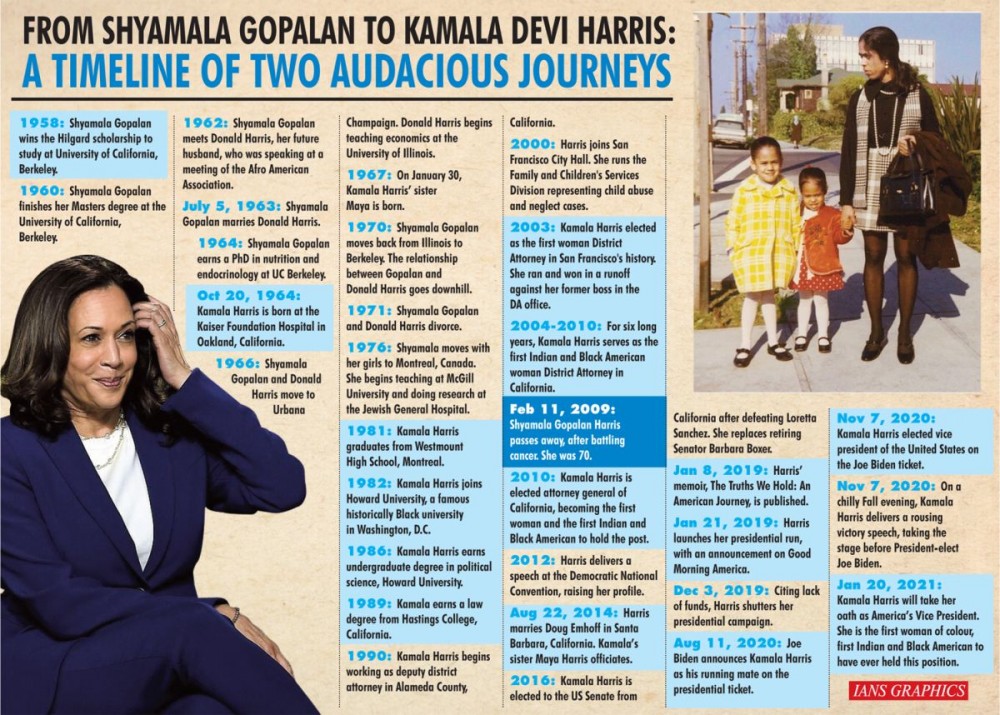 New York, January 18 (IANS): When Kamala Harris takes oath as America's Vice President, it will be a moment without equal in the country's history. Harris will be the first Indian and Black American, first woman and first woman of colour to ever win election to America's highest political office.

Her journey was made possible by another audacious traveller - her mother Shyamala Gopalan, who arrived in America as a 19-year-old, in 1958. Below is a timeline that traces the two women's paths -- starting with Gopalan's arrival in America -- that finally culminated in Harris' barrier-shattering triumph.

1958: Shyamala Gopalan wins the Hilgard scholarship to study at University of California, Berkeley.

1962: Shyamala Gopalan meets Donald Harris, her future husband, who was speaking at a meeting of the Afro American Association.

1964: Shyamala Gopalan earns a PhD in nutrition and endocrinology at UC Berkeley.

Oct 20, 1964: Kamala Harris is born at the Kaiser Foundation Hospital in Oakland, California.

1970: Shyamala Gopalan moves back from Illinois to Berkeley. The relationship between Gopalan and Donald Harris goes downhill.

1976: Shyamala moves with her girls to Montreal, Canada. She begins teaching at McGill University and doing research at the Jewish General Hospital.

2003: Kamala Harris elected as the first woman District Attorney in San Francisco's history. She ran and won in a runoff against her former boss in the DA office.

2010: Kamala Harris is elected attorney general of California, becoming the first woman and the first Indian and Black American to hold the post.

2012: Harris delivers a speech at the Democratic National Convention, raising her profile.

2016: Kamala Harris is elected to the US Senate from California after defeating Loretta Sanchez. She replaces retiring Senator Barbara Boxer.

Jan 21, 2019: Harris launches her presidential run, with an announcement on Good Morning America.

Jan 20, 2021: Kamala Harris will take her oath as America's Vice President. She is the first woman of colour, first Indian and Black American to have ever held this position. 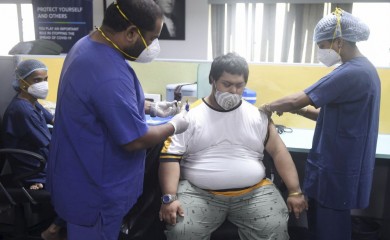