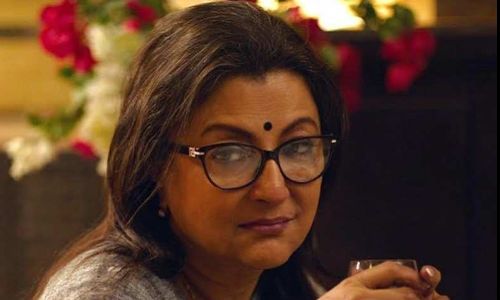 Kolkata, November 4 (PTI) Known for being vocal on socio- political issues, film-maker Aparna Sen said she has always been a believer in issue-based politics and would love to call herself a 'radical humanist'.

Sen said, she would talk about the right or wrong steps committed by any party or organisation, if she felt the need.

"I am basically a radical humanist, a believer in secular ideals. But I have never come to the support of any particular party or group because I am a believer in issue- based politics only," Sen told PTI.

She said she was supportive of the ushering of market economy in 1991 as it was needed at that time, or Indira Gandhi's backing of the 1971 Bangladesh liberation war.

Sen said she also opposed the 1984 violence against Sikhs after the murder of Indira Gandhi and the comment of Rajiv Gandhi on the issue.

"I had also been shaken after the demolition of Babri Masjid in 1992. I mean, I feel I should talk about the right or wrong step committed by any party or organisation whenever I feel there is such need," she said.

Sen was also one of the celebrities who had campaigned against the Left government during the Nandigram and Singur movement, which helped the TMC come to power in 2011.

She also termed the murder of a school teacher, his pregnant wife and child in Murshidabad district of West Bengal last month as "gruesome act" and said it was "shame on us".

The 'Mr and Mrs Iyer' director was also a signatory to an open letter written in July to Prime Minister Narendra Modi asking him to stop the lynching of Muslims, Dalits and other minorities while stressing that there was no democracy without dissent.

Sen said there is a new phrase 'pseudo-secular' which is tagged when someone comes to the support of the minority community on any issue.

"But I have equally spoken for the Dalits, for the residents of enclaves near Bangladesh, who comprise members of both Hindu and Muslim communities," she pointed out.

Sen said when she protested on one issue, some people questioned why she was silent on another.

"If I have to speak on each and every subject, I will become a professional protestor which I am not. I have other things to do as well," she said.

To a question, Sen said she does not believe in preaching in films. "I would rather want to deal with human psychology in my cinematic works".