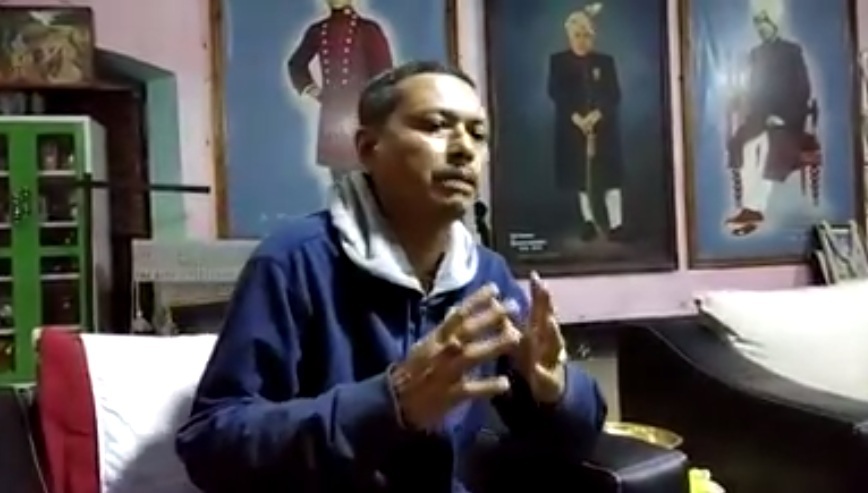 A screengrab from a video message by Leishemba Sanajaoba where he reportedly stated that he first heard about the news about ‘Manipur Government in exile’ in London when he returned after attending a local function. He said in the message that he was “totally shocked” to hear the development (Screengrab/Facebook)

A day after two dissident leaders from state announced the launch of the 'Manipur Government in exile' in London, Manipur’s Titular King Leishemba Sanajaoba on Wednesday has reportedly express shock and distanced himself from the statement.

A report by Hindustantimes.com informed that in a video message released early on October 30, Sanajaoba said he did sign some papers at the request of the duo but was told that the papers related to his “permission” to let them carry out some research into historic documents and photographs in London.

In the video message, Sanajaoba said he first heard about this news when he returned after attending a local function and he was “totally shocked” to hear this development, the report added.

Scroll.in citing a clipping of a newspaper tweeted by political activist Angellica Aribam, also reported that Sanajaoba has distanced himself from the two dissidents adding that he was “unaware of the declaration” and maintaining that the duo made him sign some documents “on the pretext of acquiring some Manipur-related documents and pictures from London.”

According to a PTI news agency report, the two dissident leaders Yamben Biren and Narengbam Samarjit addressing a press conference on October 29, claimed that they were speaking on behalf of the 'Maharaja of Manipur' to formally launch the government-in-exile -- 'The Manipur State Council'.

“They said after getting their asylum status in the UK, 'the de jure government is shifted from Manipur to London',” it added.

The two leaders, it further informed, said that they would make an appeal to Queen Elizabeth II and after getting an order from the Privy Council they would move the United Nations for recognition.