Naga woman reaches out to needy in Punjab 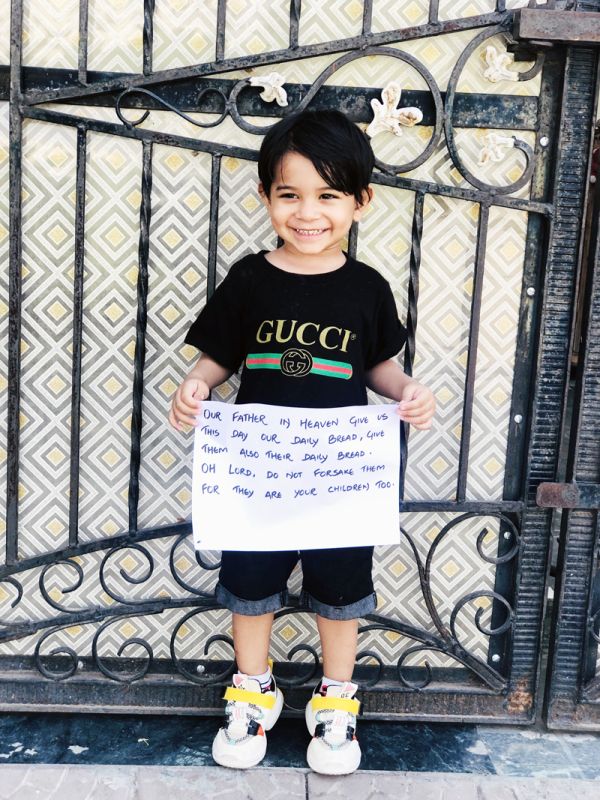 Three-year old Angad Elishan sharing a prayer on the placard at his residence in Satnampura, Phagwara on May 5. (Photo Courtesy: Chelsea Kikon K)

In the quiet streets of Phagwara city, as dawn breaks in, Chelsea Kikon K with her son and her brother Moses are up and about packing essentials in their home. They have put on their safety gears to begin their unassuming task of dropping off packets of essentials to families in need around the city.

Her family has been doing these for the last three weeks since the nation-wide lockdown was imposed in the country due to the COVID-19 pandemic.

Phagwara lies in the heart of Punjab, under Kapurthala district; a city known for the highest number of NRIs (Non Resident Indians) residing outside the country, with their roots here in Phagwara. Among the wealthy families coexists daily wage earners and vendors or persons engaged in unorganised sectors, most of who are from other states. The Punjab government has imposed curfew since the lockdown began.

Chelsea, a Naga woman who is settled in Punjab for the last 8 years, recently launched her own restaurant in Phagwara. She says that while her family is fortunate enough to get three meals a day, some families are surviving on a scanty meal or going hungry for days.

Witnessing the current suffering across the globe, the young mother remarked that her family has been “eating so much and our fridge is always full.” This was when Chelsea and her family decided to skip one meal a day and share it with those in dire need.

In conversation with The Morung Express, Chelsea says, “The idea is sharing it from our table, from the very food which we eat.”

“We cannot survive alone; we need one another if we have to get through this together. This is the time to rise to the occasion” Kikon adds. The essential-items in the packet include Lifebuoy soap, Atta (flour), Daal (Pulses), Sugar, cooking oil. She also adds tomatoes, potatoes and onions on alternate days.

Chelsea also relates an instance where young women, wives of labourers turned up at her doorsteps crying. “They are not beggars, but now they have no means of earning,” she says. Chelsea says she emptied her rice, flour and other essentials for them, “because I have money to go and buy it again.”

Everybody can do it
For Chelsea, it is not only about giving when there is an excess. “The point of sharing is that it should go from your rice box or from even your own table, sometimes,” she adds.

“It is not that I have, but I know that I am educated and I will always find a job and I will not go hungry,” quips Chelsea, however, she observes that for many others, “it is always poverty, even before lockdown, during and after lockdown too, they will be suffering.” 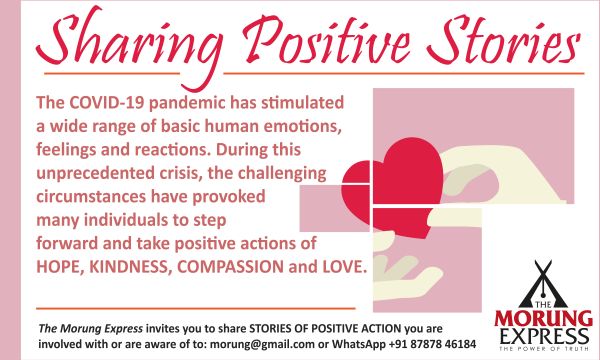 “If I can do it, everybody can do it,” stresses Chelsea.

Through this act of kindness, Chelsea also wishes to pass on the idea of sharing to the next generation.

Mother to a three-year old son, Chelsea is aware that the elderly and children are more vulnerable to the virus. However, she decided to take her son Angad Elishan along with her during her daily runs to deliver the packets. “It is my responsibility to teach my children that we should help people,” reiterates Chelsea.

Taking all precautionary measures, they drive to the streets of Phagwara and drop off the packets maintaining a safe distance.

Witnessing homeless persons waiting on the street, widows, persons with disabilities (PwDs), famished rickshaw wallas, some skinny to the bones and crying out of joy when they make their rounds “is heartbreaking,” Chelsea says.

It’s not about my name, but if this small act can inspire someone, it would make a huge difference, says the cheerful woman who was initially reluctant in giving out her name.

For the young mother, however, doing charity work is not something new. She has been a philanthropist all her life, helping whoever comes her way. She plans on continuing her mission as long as she can.
At present, Chelsea is also an Advisor to North East Students’ Organisation Jalandhar (NESOJ), Punjab.