No seasonal variation in Covid, immunisation only defence: Harvard scholar 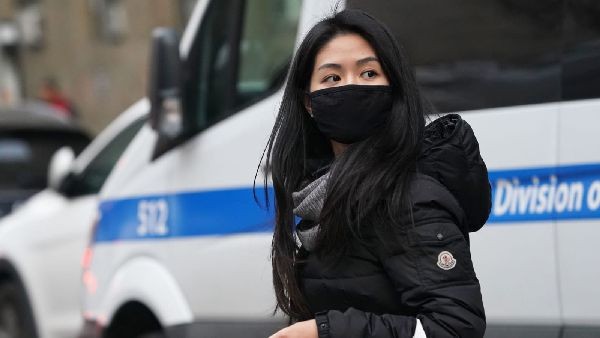 New Delhi, June 27 (IANS) "SARS-COV-2 has not shown any seasonal pattern so far, although higher incidence and caseloads are seen in areas with temperatures below 15 degrees Celsius and low humidity. Still its impact in India is considerable given our huge population as well as population density," said Mrinalini Darswal, doctor and IAS officer, who is currently pursuing doctoral studies in public health, with a focus on COVID-19 at Harvard University.

With over 5 lakh cases, the first wave is still continuing in India, and unless seasons turn a full circle, it is difficult to term SARS-COV-2 periodic, Darswal added.

Here are excerpts of her exclusive chat with IANS:

A: Given the number of cases which continue to rise, the first wave is continuing. Normally viruses come in waves like cold and flu visit every fall and winter and abate in summers. SARS-COV-2 has not shown any seasonal pattern so far, although higher incidence and caseloads are seen in areas with temperatures below 15 degrees Celsius and low humidity. Still its impact in India is considerable given our huge population as well as population density. So, unless seasons turn a full circle, we may not be able to term SARS-COV-2 as periodic.

Given its pattern, even after through strict public health measures the current wave subsides, it may lurk in some pockets and reemerge as we lower our guard, as we have seen in China and South Korea. These are not second seasonal waves but resurgence of virus from the dormant carriers in the community. This shall stay a threat till we are able to immunize each person in all states, as well as countries. In a pandemic, we are safe only when everyone else is safe too.

COVID19 is not going to completely vanish. Like HIV, we shall learn to live with it and also contain it through vaccines and drugs, hopefully soon.

Till then we need to be very vigilant against catching the infection and adopt precautionary behavior like wearing masks, maintaining social distancing, hand washing, avoidance of crowds etc. with military discipline.

Q: India is one of hardest hit countries by Covid-19. IT is actually passing through a very critical phase, where 15,000 to 17,000 cases have become a new normal. Is India facing an exponential rise? if yes then what is the reason behind this sharp increase in cases?

A: COVID19 does have exponential progression, i.e. the case load doubles in a certain period. There are two things associated with an exponential growth- a growth rate and a doubling time.

ICMR reports a growth rate of 5 per cent for the pandemic in India, and the doubling time for this rate would be around 14 days. But we observe it is not same for all parts of India. The pandemic is spreading more viciously in urban areas with high population densities, and this fact allows us to adjust our response, focus our energies and allocate our resources judiciously to where these are required most. Currently our focus are big cities.

The reason for sharp rise is the behavior of the virus, which jumps from person to person through close contact; behavior of the people after relaxation of lockdown, i.e. not understanding the need for taking full precautions and being cavalier about the disease; and also an increase in testing. The last one is a good portend as it allows us to identify carriers of disease in the community and isolate them from spreading the disease to others. As we test more, we shall see a surge in reported cases, but these were always there and silently spreading the infection. Once identified, we now will be able to keep them isolated and contain the spread of pandemic further.

Q: How soon do you expect this extraordinary surge in numbers to decline?

A: Virus spreads from person to person and is known to spread from asymptomatic persons as well. Also, there are clear patterns in severity of illness, i.e. those who are old or already sick are likely to get severe disease, require high end medical care and are also likely to die more.

The fool-proof strategy in light of this fact is preventing the infected people from spreading the illness to more vulnerable people. Restriction on mobility of old persons, and also those with co-morbidities is advised. If they have to essentially go out, say they must work for a livelihood, proper precautions like wearing masks, avoiding crowds, and maintaining social distancing is desired. Periodic testing is mandatory.

We can easily recognize those with symptoms clinically and proceed to isolate them either through quarantine or hospitalization. It is the people who have the virus but do not display symptoms who pose the threat for large spread inadvertently. There is just one way to identify such people and isolate them-testing. I am happy that testing has emerged as the frontline strategy of the government for containment of pandemic.

Unless our efforts at detection through testing, tracing and isolation are universal and stringent, we may not see the progression to crest. As we see in the USA, the cases are surging even after half a year of familiarity with the pandemic, simply due to bipartisan responses and refusal of citizens to adhere to precautions.

Q: Any suggestion changes in policy to contain the spread of coronavirus in India?

A: The Government of India has shown immense wisdom in its policy for containment. Thousands of lives were saved by timely and early lockdown. We have understood the importance of testing, and our contact tracing even in remotest areas was very effective, done through agencies of village level health workers. Our history of fighting with communicable diseases and our public health infrastructure has stood us in good stead here. We have also leveraged technology like Arogya Setu App for risk mapping.

The gap has emerged in preparation of individual states in preparing their health infrastructure for surges, which given global trends, were inevitable. There was a loss of opportunity afforded by the lockdown. Another area where we need to work on is data. We not only have to ensure our COVID19 related data is captured real time, but it has to have high fidelity, i.e. we must capture those facts too which may seem unsettling like high death rates in some states/localities.

(Sumit Saxena can be contacted at sumit.s@ians.in)