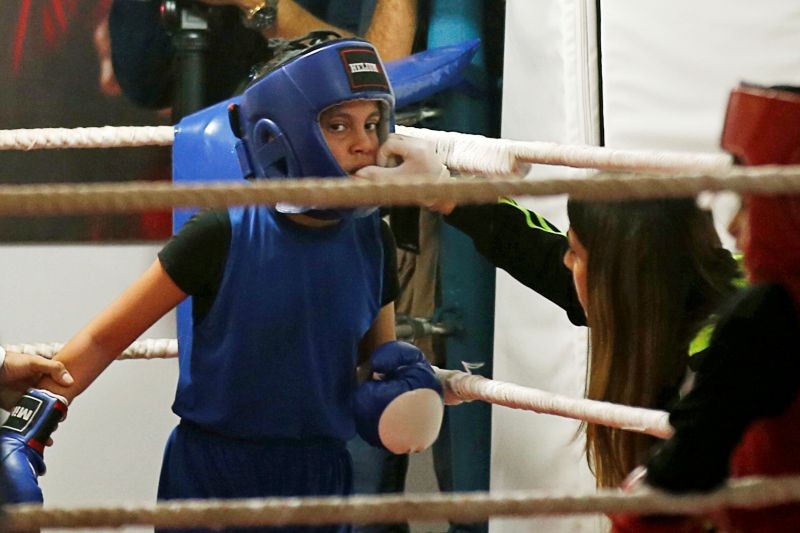 GAZA, November 20 (Reuters): Trading jabs and punches, young Palestinian girls competed in a female boxing tournament on Friday in the Gaza Strip, where the sport is mostly popular with men.

Friday's contest featured female boxers as young as seven years old, and was attended by dozens of spectators.

One boxer, Hala Ayoub, said she hoped the contest would show people that boxing is not only a man's sport.

"My ambition is to become a famous boxer and to raise the flag of Palestine and fight in local and international contests," said Ayoub, 15.

"It (boxing) taught me how to defend myself, and how to release bad energy," she said.

The number of female boxers in Gaza has doubled in the past six months since an initial 18-member all-girl team was formed. It now has 45 athletes, according to captain Osama Ayob.

Ali Abdel-Shafi, deputy chairman of the Palestinian Boxing Federation, said some of the girls from Friday's competition would be selected to join the Palestinians' boxing team and take part in a competition in Kuwait in February.

"This is the first championship I've taken part in...There is tension because of the audience and the noise but I am excited as well," said Malak Mesleh, 15.

Women make up half of the Gaza Strip's two million people.