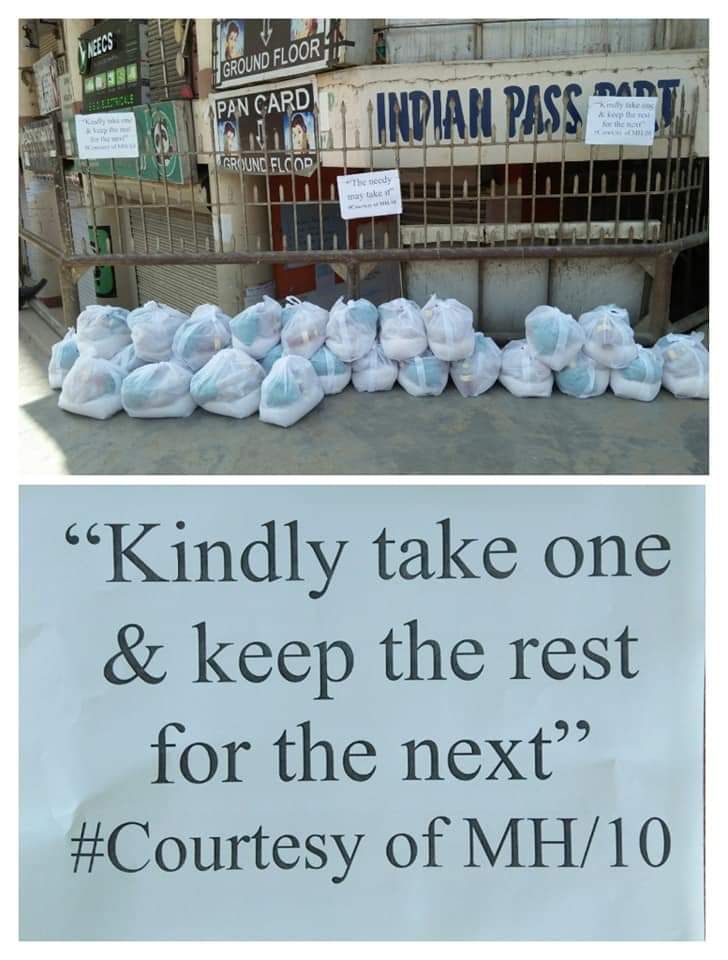 ‘Kindly take one and keep the rest for next,’ says a message pasted alongside the food packages'

With the 21-day lockdown in place, getting sufficient supply of basic essential commodities daily has become a big challenge for many. Many religious as well as social organisations, apart from the governmental agencies are doing their part to provide basic necessity in the state.

In Kohima, a group of persons has adopted a novel method to help those in need.

With the motive to reach out to those ‘genuine people in need of food,’ the group has been leaving food packages in designated areas in Kohima.

Messages pasted on iron poles read, “Kindly take one and keep the rest for next,” and “the needy may take it.”
Inside the package, essential food items like rice, potato, oil, lentils etc were included.

Below the messages was tagged #Courtesy of MH10. On enquiry it was learnt that MH10 is the acronym of Minister Hill Quarter Number 10 which is allotted to Minister for Higher and Technical Education Temjen Imna Along.

Speaking to one of the person in the team, it was informed that the initiative had just started on April 4 Saturday and will continue.

Enquiring on why, specific individual were not identified instead, the person expressed that while similar initiative is being undertaken, and many people although in need are unwilling to avail services.

As such, it is left to their discretion and honesty to pick one and leave the rest for the next.

It was also made known that the same food packages will be left at Razhü Point and High School junction on Monday.  The team has appealed the public to leave the packages for those in need.