Ram temple is culmination of my dreams, says Kalyan Singh 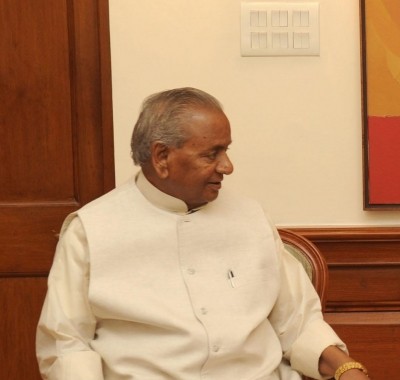 Lucknow, July 30 (IANS) Former Uttar Pradesh Chief Minister Kalyan Singh has said that the 'bhoomi pujan' of the Ram temple in Ayodhya is a culmination of his dreams.

Singh was the Chief Minister of Uttar Pradesh when the Babri mosque was demolished on December 6, 1992. His government was dismissed after the demolition and he was later convicted for contempt of court. He even had to spend a day in jail and was fined Rs 2,000.

Talking to a news channel, he said, "The structure was demolished, my government was dismissed on that day and the foundation for the temple had been laid the same day. If the structure had not been demolished, the court verdict may not have been what it finally was."

Singh, who is among the invitees for the 'bhoomi pujan' ceremony in Ayodhya on August 5, further said that he had tremendous faith in Lord Ram.

"Power does not matter when the issue is related to Lord Ram. For me, faith is supreme and power is transitory," he added.

Asked whether he had any regrets about not fulfilling his duty of protecting the disputed structure in Ayodhya on December 6, 1992, Singh said that four battalions of central forces had arrived in Faizabad and when the magistrate asked for the forces, he moved them.

"However, the forces could not move beyond the Saket Mahavidyalaya where about three and a half lakh devotees had gathered and were not allowing the forces to move ahead. The district administration asked me if they should use force and even said that if they opened fire, there would be a bloodbath. I ordered that there should be no firing because I could not put lives of the people at risk. I knew if people died in Ayodhya, there would be violent reactions in other parts of the country," he recalled.

He stated that he did not regret his decision and did what was right at that time.

"For a big issue like the Ram temple, even the biggest sacrifice is small," he ended.