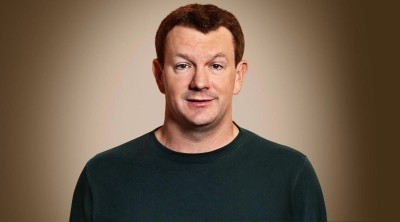 New Delhi, January 13 (IANS): Elated at Indians, including top entrepreneurs and celebrities, rushing to join his encrypted messaging app Signal, Brian Acton, who co-founded WhatsApp with Jan Koum before selling it to Facebook CEO Mark Zuckerberg for $19 billion, aims to add 100-200 million users in India over the next two years.

In a candid interview with IANS, Executive Chairman of Signal Foundation Brian Acton who left WhatsApp in 2017 over a dispute with Facebook regarding monetisation of WhatsApp -- which has taken centerstage with the Facebook-owned app now asking users to either abide by its new Terms of service and privacy policy or lose the account by February 8 -- said that he is encouraged to see the massive outpouring of support from all corners of India.

"The tweets from thousands of new Signal users, with big voices like Anand Mahindra among them, is just really amazing. India is a country that has always been ahead of the curve by adopting the best technology, and it's exciting to see it happening again," Acton told IANS.

"We are all committed to living up to the high standards that people in India have come to expect. We project adding 100-200 million users in India over the next two years and look forward to supporting that growth".

Acton left WhatsApp in September 2017 to start the Signal Foundation, dedicated to helping people who have access to private communication through an encrypted messaging app.

According to Acton, Signal wants people to own their own data.

"It was founded to fulfill people's basic expectations that they won't be tracked by private companies or the government. It uses state-of-the-art end-to-end encryption to keep conversations secure and private. Signal can't read user messages or listen to calls, and no one else can either," he emphasised.

Signal is gaining immense popularity in India owing to its simplicity and focus on privacy.

People are switching to Signal in record numbers because companies who sell ads have a harder time focusing on the things that users actually want.

"Besides, people are realising that the privacy they enjoy in their offline life doesn't exist online, and they are looking for that. Signal's network is getting wider every day, and the rate of growth is only increasing," noted Acton.

According to Acton, when it comes to India, "We knew that it was going to be a very big place for Signal as we had seen massive adoption over the summer."

"We didn't realise how quickly India was going to make the switch to try a new more privacy oriented messenger."

Acton further added: "As we think about India's unique position globally, we see Signal as a communication solution for everyday friends and family connecting with each other as well as for professional settings where people want that peace of mind knowing their business details are kept private."

Today, from Edward Snowden to the Black Lives Matter Foundation to Melania Trump, all use Signal.

"As more and more of our lives happen online, data protection and privacy are critical. This isn't just important for select people in select countries. It's important for people from all walks of life and in every part of the world. Everyone deserves to be protected. Everyone is entitled to freedom of expression in the digital world," Acton emphasised.

With end-to-end encryption, the content of every communication -- a text message, a video chat, a voice call, an emoji reaction -- is understandable only to the sender and the recipient.

If an exchange is intercepted, by a hacker or a government agency, the interceptor sees a nonsensical snarl of letters and numbers.

"With Signal, there are no ads, no affiliate marketers, and no creepy tracking. Since Signal does not collect user metadata, it cannot read the messages that its users send. Signal keeps no call logs or data backups," Acton said.

Signal also offers some unusual features, such as messages that disappear after a set period of time.

For now, Signal's engineers are working on improvements, such as developing a group video-chat feature and making the app's group chat systems more robust.

Signal is an independent, nonprofit organisation.

"It's not tied to any major tech companies, and it can never be acquired by one either. Development is supported by grants and donations (much like Wikipedia)," Acton informed.