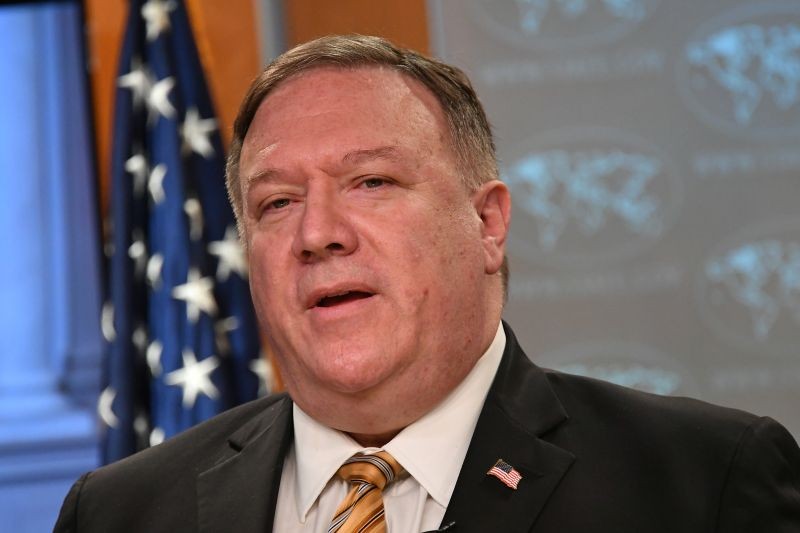 U.S. Secretary of State Mike Pompeo gives a news conference about dealings with China and Iran, and on the fight against the coronavirus disease (COVID-19) pandemic, in Washington, US on June 24, 2020. (REUTERS File Photo)
World
26th June 2020

"Today, I am announcing visa restrictions on current and former CCP officials who are believed to be responsible for, or complicit in, undermining Hong Kong’s high degree of autonomy," Pompeo said in a statement, which did not name those targeted.

The announcement comes in response to moves by China to impose new security legislation on Hong Kong, which prompted U.S. President Donald Trump last month to initiate a process to eliminate special economic treatment that has allowed the territory to remain a global financial center.

It also comes at a time of intensified U.S. rhetoric against China in the midst of Trump's re-election campaign, in which opinion polls have shown voters increasingly embittered toward Beijing, especially over the coronavirus, which began in that country.

"President Trump promised to punish the Chinese Communist Party (CCP) officials who were responsible for eviscerating Hong Kong’s freedoms. Today, we are taking action to do just that," Pompeo said in the statement.

He said China's Communist Party had stepped up efforts to undermine Hong Kong’s autonomy through the national security legislation and by putting pressure on local authorities to arrest pro-democracy activists and disqualify pro-democracy electoral candidates.

Pompeo called on China to honor its commitment to allow Hong Kong "a high degree of autonomy" and added: "The United States will continue to review its authorities to respond to these concerns."