An electricity line worker is seen in Dimapur. Working without any safety gear, a common feature across Nagaland, has led to the death of several electric line workers across the State over the years. (Morung Photo)

Fatal incidents now and again are the report card for the electricity linemen across Nagaland.

On a hot June morning in Dimapur, young electricity field workers sit back on a bare bed in a room of one of the SDO (Electrical) offices.

Usually resigned to work without salary for months, the lives of linemen run parallel to a ticking time bomb.
The employees gathered in the room said in accord, “For us, we are just sacrificing our lives. If something happens, there’s nothing for us.”

Adding to the despair of irregular salary (which amounts to Rs 5400 to Rs 5500 per month), the employees claim they go on duty with meager to no safety gear and “tools bought out of our own pockets.” 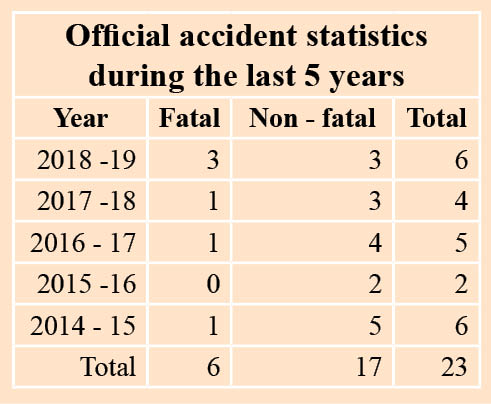 “Our duty is heavy, worse than sepoys (soldiers),” Thepise, one of the employees remarked.

While some sigh relief at “getting a job,” the Department of Power’s work-charged labor (WC) force, mostly made up of financially struggling young adults, take the job with the evident danger of injury or death.

“Some of us come from far-flung villages, we have wife and kids,” said another employee, adding that they have to earn a living, whether the job is big or small.

Often at the receiving end of public anger for the continuous power failures, they nevertheless, have to work in hazardous conditions, resulting in many fatalities.

According to the WC staff, helpers/assistants should not be given the responsibility to do complex work. Instead, the senior linemen should take charge when “complex duty calls,” the employees suggested.

Recalling the fatalities in the preceding months, another commented, “As government employees, we should at least have benefit of some kind, some kind of insurance.”

Providing the bare minimum
Speaking to The Morung Express, an official of the department, who wished to remain anonymous, said 70% of the workforce in the Department of Power, Nagaland (DoPN) is comprised of WC employees.

The official maintained that gloves, helmets and belts are the standard safety gear provided. “We cannot afford to give safety gear to each and every employee, but as a mandate, we provide the bare minimum to the ones on duty.”
While there are no incentives paid to them, a Group Insurance Scheme (GIS) is available for the WC staff.

There are also no separate guidelines governing the WC employees of the department. “After serving several years, depending on vacancies and seniority maintained, their services are regularized,” the official disclosed, adding that there is no pension benefit. “Before regularization, if they expire, they don’t get any benefit.”

On safety, the official said that generally, safety measures such as “isolating/earthing” of the lines are mandatorily adopted to avoid electrical accidents, besides shutting down supply during repairs.

The WC employees are trained at the Lineman Training Centre in Dimapur for three months. He said that apart from training, the department conducts awareness programmes on safety.

“Their work condition is very pathetic, actually. They are exposed to high risk every day,” the official said.

While some have been attributed to carelessness, he added that of late, ‘back charge’ from inverters and generators have become a serious safety concern.

What is back charge?
As soon as a live line is disconnected, consumers, especially in Dimapur and Kohima, switch on generators while inverters start in auto mode. This generates ‘back charge’ or current, which flow into the Grid, the official explained.

“The voltage per se may not be fatal, but as it triggers the shock, you fall down and that impacts the linemen,” said the official.

As per the safety rules, installing generators and inverters are required to get ‘No Objection Certificate’ (NOC) from the Chief Electrical Inspector (CEI) after due inspection and testing.

Unfortunately, most consumers are unaware of this. For the information of the consumers, the CEI has recently issued a public notice in this regard.

Disparity and imbalance
With less than 2000 work charged employees in the department for the entire state, there are no holidays for the linemen, while other departments, sans duty has more than 10,000 work charged staff.

In this regard, the official commented, “Some kind of redeployment, rationalization is required.”

“The government puts everyone in one basket and treats everything as same,” however, he expressed regret that for the DoPN, it has been rather unfortunate.

The official disclosed that the risk allowance for the WC staff is Rs 300 per month and the regular staff Rs 800 per month, while adding, “The risks are same for both.”

As far as ‘ex-gratia’ for work-related fatalities was concerned, another official informed that there is no such provision for the WC staff.