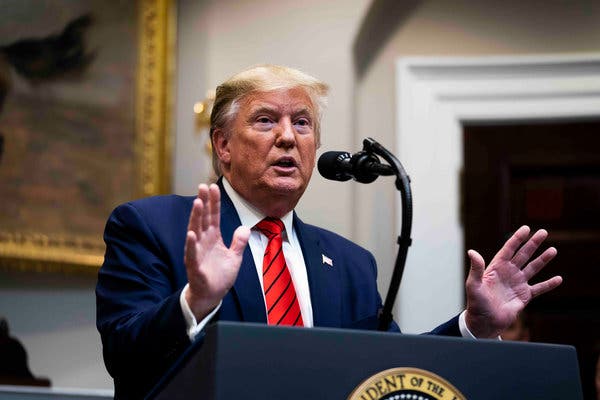 New York, November 9 (IANS) Ideology or centrist personality? That's the dilemma for the Democratic Party in picking their candidate to challenge President Donald Trump in the election that is less than a year away.

Ideology is now centre stage in the party's contest to select the challenger and the left-progressives hold the key, although former Vice President Joe Biden, a centrist, holds the lead in national polls with 28.6 per cent support, according to RealClear Politics, the authoritative aggregator of surveys.

But Senators Bernie Sanders (Vermont) and Elizabeth Warren (Massachusetts), who form the left flank among the front-runners, together have nearly 40 per cent support in the party and if one drops out and the other consolidates the other's base, their role will be pivotal.

For the party, the question is whether their ideology will attract the broad spectrum of voters or will they have to pick a centrist whose personality and moderation will have wider appeal.

Biden is nationally known and represents stability and continuity with the pre-Trump world, which may be reassuring to a lot of voters. He also gets the most support from African Americans. But his verbal stumbles, his son's questionable business involvement in Ukraine, and his being a part of the political establishment almost all his adult life can also be a weakness.

The former billionaire mayor of New York, Michael Bloomberg, is considering a late entry into the race after others have staked their positions, hoping to step into the perceived vacuum at the centre. He filed papers to contest in one state on Friday and if he does take the plunge his will have to be an unconventional campaign.

Warren, the Harvard professor, has emerged as a formidable challenger to Biden, ranking second with 21.4 per cent support.

She advocates radical policies like a government-run health care system for all -- it is a radical concept in the US -- raising taxes on the rich to pay for it and other social programmes, and decriminalising illegal immigration. And of potential impact for India and the rest of the world, breaking up tech giants Amazon, Google, Facebook and Apple.

She has an Indian connection: Her son-in-law is Sushil Tyagi, a management consultant.

Sanders has a lot in common in with her and many of Warren's ideas about health care and taxing the rich were articulated in his 2016 campaign against Hillary Clinton. But she has risen fast in the polls, pushing him down to the third place with 18.1 per cent support. So he has turned up attacks on her, calling her an inflexible elitist. He suffered a mild heart attack recently, but bounced back quickly, but that and his age, 78, maybe handicaps.

The Mayor of South Bend, Indiana, Pete Buttigieg has had a rapid, if surprising, rise to the fourth spot but only with 7.1 per cent support.

A military veteran who served in Afghanistan, he is now the mayor of a small town, South Bend, but has made a big personal impact with his charisma. He is also the first openly gay candidate to make an impact in a national presidential campaign.

California Senator Kamala Harris, who is of Indian and Jamaican descent, has had a big fall after starting off strong and taking second spot in the polls at 15.2 per cent briefly in July.

She is now struggling at fifth place with 4.3 per cent support and is laying off campaign staff and concentrating on making an impact in Iowa, where the first vote will take place in February.

Hawaii Representative Tulsi Gabbard set off her decline during the the July debate by bringing Harris's past role as a tough prosecutor in California to the spotlight.

Some of her policies as a prosecutor like sending marijuana smokers and parents of children skipping school to jail affected minorities and is probably impacting her attempts to build support among African-Americans, an ethnicity that has been her primary identity.

That can be attributed to Gabbard, the first Hindu American to emerge as a serious candidate.

The first Hindu to be a serious contender for the presidency, Gabbard, who now ranks ninth in polls, has had to fight the party establishment and the media that reflects its views. Hillary Clinton, with whom she tangled during the 2016 primaries as a Sanders supporter, alleged that the Russians were grooming Gabbard. The party establishment shut her out of the September debate on questionable grounds and she is suing Google for blocking her ads and preventing her from getting donations..

Gabbard is rattling the party establishment because it is difficult to pin her down ideologically: While a Representative, she is also a serving member of the military and a war veteran who wants US to end military entanglements abroad; she is very hard on terrorism; has met Syrian leader Bashar al-Assad reviled by leaders of both parties, and is very progressive-left on social and economic issues veering towards Warren on some. She draws her support across the ideological spectrum, from the left to the extreme right. She has disowned the backing of white supremacists, who have supported based on some aspects of her ideology despite her being a non-white.

Gabbard has announced she will not seek to run as a third party candidate, who could siphon off Democratic votes, denying establishment rumours in the media that she could.

A clearer picture of the final line-up to fight Trump will emerge after March 3, 2020 or the Super Tuesday when 15 states will hold their primaries.

Already, the slate of serious contenders who can find a spot on the presidential debate has shrunk from 20 in June to 10 this month based on the qualifying criteria.

The ideology versus personality/centerism debate has sharpened because Trump is within two per cent of the Democratic Party contenders in six of the battleground states - states which could turn either way.

These states are important because the US presidential election is not a direct one but is based on an electoral college of selectors of the president for whom the citizens vote in reality. A candidate who does not get a majority of the popular votes can get elected under this system by carrying enough electors. Trump, who got two per cent fewer votes than Hillary Clinton, and George W. Bush, who got received 0.5 per cent less than Al Gore in 2000, became presidents through a majority in the electoral college.

A strong left ideological stand in a candidate can hurt the Democratic Party particularly in the battleground states.

The party will have to consider how far the ideological shift is a nationwide phenomenon and take the risk or stick to a moderate as it gets ready for voting within the party that starts in three months.

(Arul Louis can be contacted at arul.l@ians.in and followed on Twitter @arulouis)