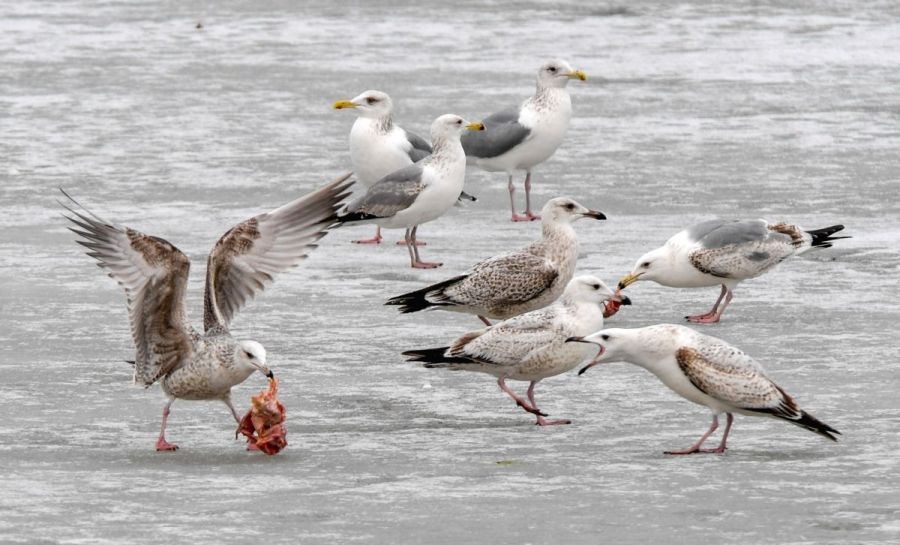 LIMA, MARCH 28 (IANS): Seagulls, cormorants, pelicans, boobies and other birds have flocked to the beaches in Peru's capital cit of Lima due to human absence in the wake of the coronavirus lockdown.

With the people gone, thousands of Peru's winged inhabitants have taken over the green coast of Lima, the fifth largest city in Latin America with about 10 million inhabitants and the only South American capital on the coast.

The birds on Lima's beaches have gone viral on social media starring in videos recorded by locals.

The scenes have even surprised experts, unaccustomed to seeing so many wild birds just a few meters from built-up areas.

"Suddenly, tonnes of kilometres of beaches have been left uninhabited and the birds have recolonized them. Some are being seen in places where they did not flock to before," Fernando Angulo, principal Ornithology and Biodiversity investigator at Corbidi, told Efe news.

The best proof of this is the populous Agua Dulce beach, in the fishing district of Chorrillos, which throughout the summer sees a steady stream of sunbathers and families crowding the sand with umbrellas. Food trucks throng the promenade and ice cream makers bellow for trade.

Now this beach has transformed into and quiet oasis and idyllic resting place for thousands of migratory birds such as Franklin's gulls, which at the end of the summer season in the southern hemisphere are on their way back to North America.

Peruvian and Dominican gulls are rarely seen during the summer in the city, even though they reside all year round on the coast of Peru.

"They were on stretches of coast that the humans use little or not at all. Towards the south of Lima, there are about 100 km of urbanized beaches. Only about 20 km are free, and it is there where these birds gather during the summer. That is why protected areas play a very important role," said Angulo.

For the ornithologist, this "unexpected phenomenon" that has also been observed on other Peruvian city beaches is also due to the fact fishermen are not going to fish and that leaves more food for these birds.

Quarantine has also led to the cleanest air in Lima for years and pollution levels have reached the standards recommended by the World Health Organization.

Peru has so far recorded 635 confirmed coronavirus cases and 11 deaths.