Hamilton aims for another F1 record in Hungary 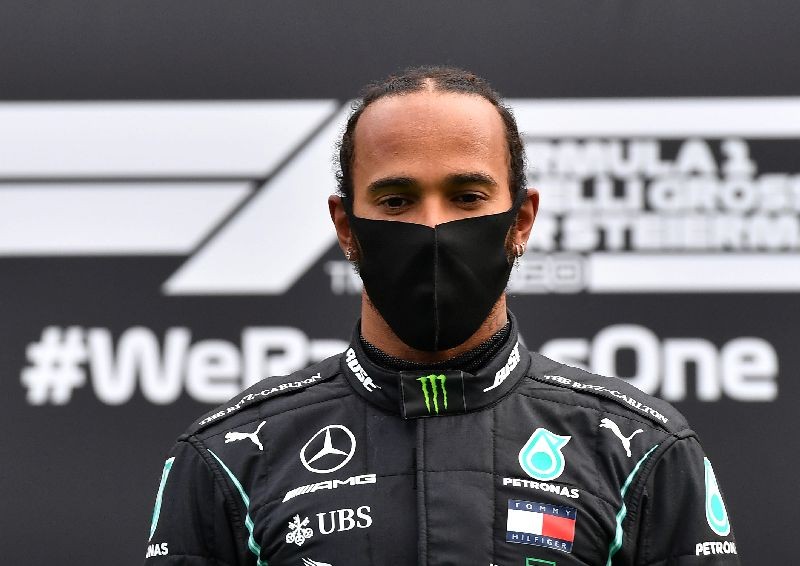 July 15 (Reuters) - Red Bull's Max Verstappen will be doing all he can to stop six-times world champion Lewis Hamilton completing a Mercedes hat-trick and matching another of Michael Schumacher's Formula One records in Hungary this weekend.

Verstappen has lined up on the front row for the first two races of the season in Austria, won by Mercedes' championship leader Valtteri Bottas and Hamilton respectively, and the rivalry is hotting up.

The Hungaroring outside Budapest could be third time lucky for the Dutchman who took pole last year and led before being hunted down on worn tyres and passed by Hamilton four laps from the end.

The slow and twisty circuit will suit his car, but how much more competitive it will be remains a big question.

"I don't know. That's the simple answer: I don't know. But I hope it's going to be a bit better," said Verstappen.

Hungary is also a favourite for Hamilton, who has won there seven times and can equal Schumacher's feat of winning the same grand prix eight times.

The Ferrari great, whose 91 wins are looking increasingly vulnerable after Hamilton celebrated his 85th last Sunday, did that in the French Grand Prix at Magny Cours between 1994 and 2006.

"Every time I'm reminded of the records that Michael had, it's just still mind-blowing to me," Hamilton told reporters after winning the Styrian Grand Prix. "I've always loved it, Hungary.

"Budapest and Montreal you'd probably say have been my strongest (circuits), particularly at the beginning of my career. So I'm excited to go back," added the Briton, who is six points behind Bottas in the standings.

"It is a circuit that the Red Bulls usually do really well, I think they led the race there last year. It's not going to be easy."

Ferrari's Sebastian Vettel has won twice at the Hungaroring but the Italian team head east from Austria licking self-inflicted wounds after Sunday's race lasted 20 seconds before their drivers collided.

Sunday offers four-times world champion Vettel and Charles Leclerc a chance to gather composure, even if more pain awaits with a car down on performance.

"I am generally optimistic and at least I don't have to wait long to be back in the car, so let's hope that Hungary will be a better place for us," commented Vettel.

The race, again without spectators due to the COVID-19 pandemic, will be a tough one for all involved since strict rules in Hungary mean teams -- already in a bubble -- cannot leave their hotels other than to go to the circuit or airport.

"Our focus will be on what's happening on track and not about the inconvenience of being confined to a hotel room," said Red Bull team boss Christian Horner.

"We know we have a gap to close to fight for this championship and that is what we will do."